Andrew Wyeth - IN THE ORCHARD (HELGA IN ORCHARD) 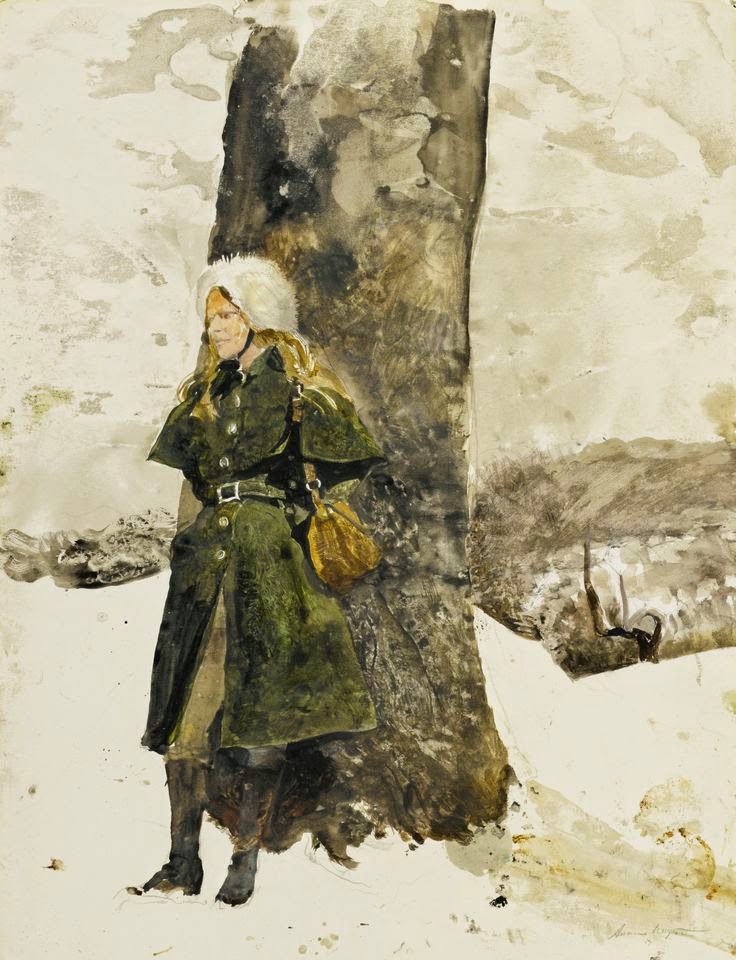 Beginning in 1971, Andrew Wyeth produced over 240 images in tempera, drybrush, watercolor and pencil depicting a single woman – Helga Testorf. This collection of works, known as “The Helga Pictures,” remained hidden from the world, and even Wyeth’s wife Betsy, until it was purchased in almost its entirety by Philadelphia publisher Leonard E.B. Andrews in 1986. Andrews’ intention was to preserve the collection for the public’s enjoyment, and shortly after his purchase, the works embarked on a two year traveling exhibition curated by John Wilmerding of the National Gallery of Art. More

Andrew Newell Wyeth was a visual artist, primarily a realist painter, working predominantly in a regionalist style. He was one of the best-known U.S. artists of the middle 20th century.In his art, Wyeth's favorite subjects were the land and people around him. Wyeth often noted: "I paint my life." More
Posted by Henry Zaidan at 1:27 PM