Diana Al-Hadid (born 1981) is a contemporary artist who creates sculptures, installations and drawings using various media. She was born, and lived in Aleppo, Syria, in 1981 and lives and works in Brooklyn, New York. More on Diana al-Hadid 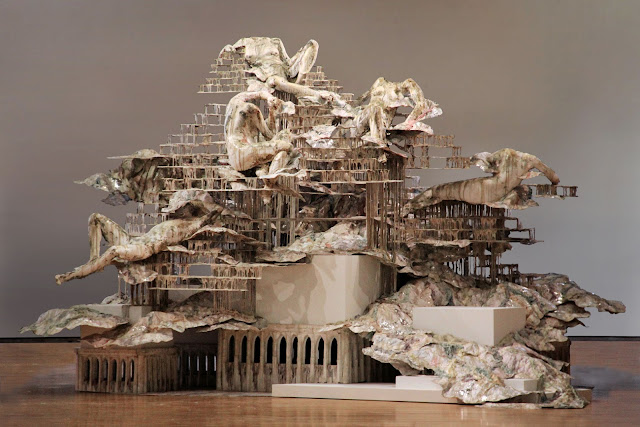 Diana Al-Hadid's practice has grown beyond a simple, single-handed production; yet, she still wields a paintbrush, drill, and blowtorch in her oversized Brooklyn studio. 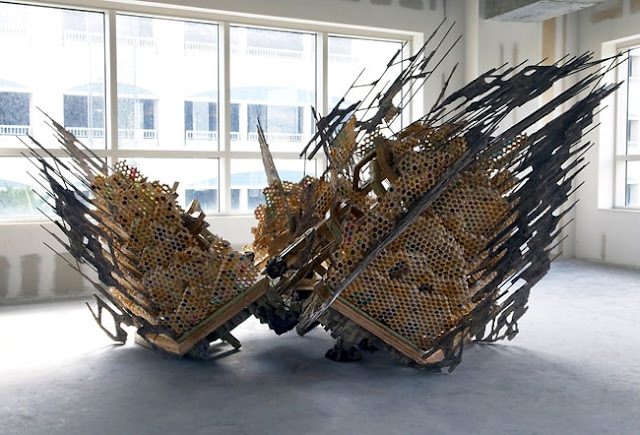 Diana Al-Hadid evokes the Biblical myth of the Tower of Babel from the Book of Genesis, via the famous 1563 painting of this building as a utopian structure by Pieter Breughel the Elder. 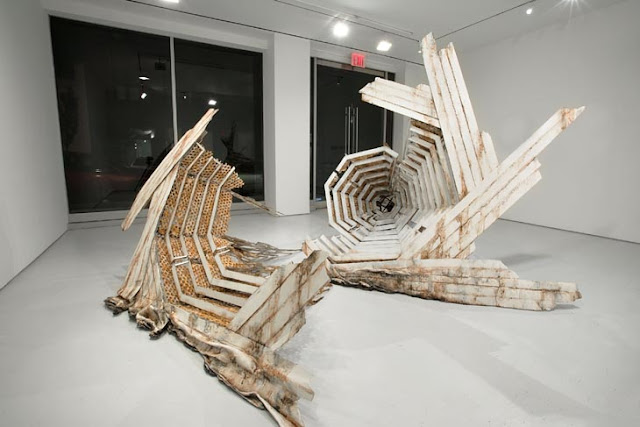 Her sculptures take ‘towers’ as their central theme, drawing together a wide variety of associations: power, wealth, technological and urban development, ideas of progress and globalism. They are also – both in legends such as the Tower of Babel, and reality, such as the horrors of the World Trade Centre attacks – symbols of the problems of cultural difference and conflict. Al-Hadid’s Tower of Infinite Problems poses as a toppled skyscraper. 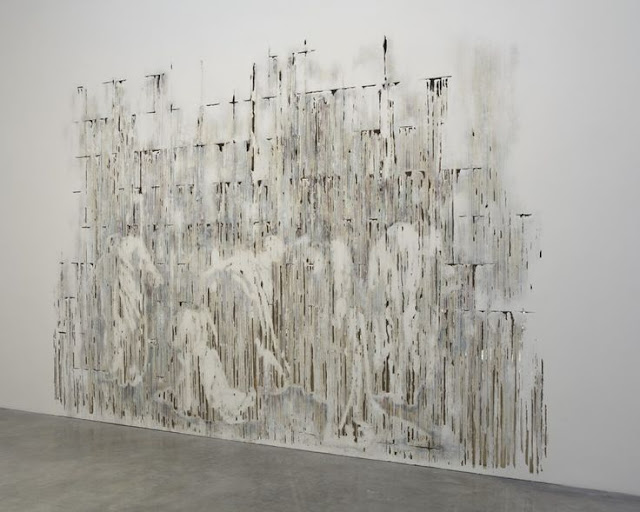 In 2003, al-Hadid received a BA in Art History and a BFA in sculpture from Kent State University in Ohio., In 2007, she received an MFA sculpture from Virginia Commonwealth University, Richmond (2005), Later, she attended the Skowhegan School of Painting and Sculpture, Skowhegan, Maine (2007) 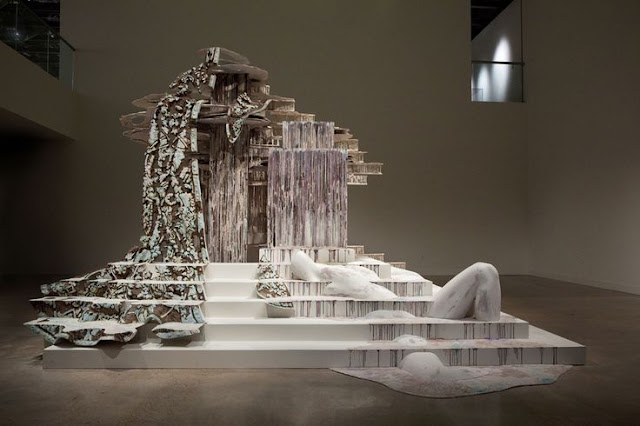 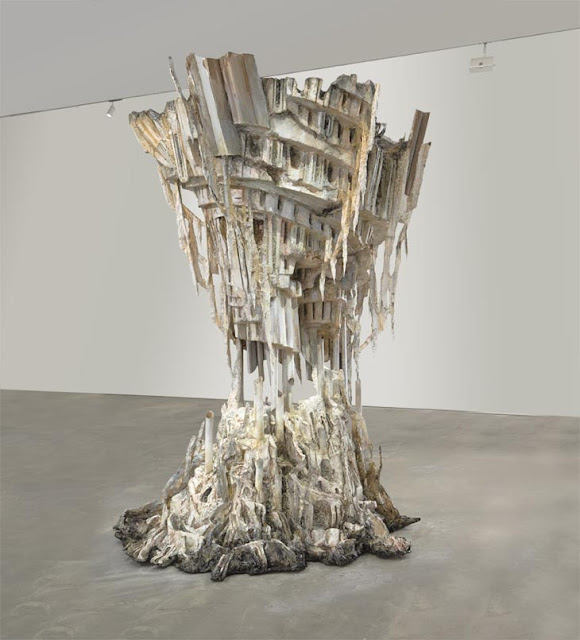 Al–Hadid’s geometric forms attempt to bridge mystical and scientific understandings of the world. As intensely patterned and detailed structures, her works draw from the traditions of Islamic art, where abstract motifs are used to encourage contemplation of God’s infinite wisdom. 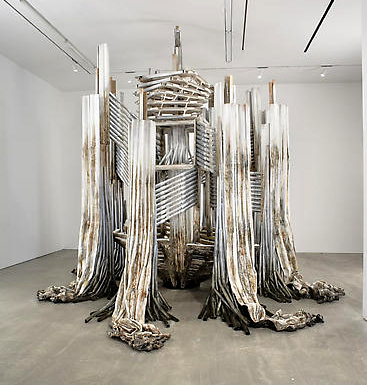 Diana Al-Hadid’s menacing, heavily worked, baroque structures take arrested hubris as their theme. In three large sculptures, powerful in impact and ambition alike, a wall installation and supporting drawings, once-soaring, elaborately engineered towers are rendered as ruins, whether slowly decaying in fragments or caught in a moment of catastrophic meltdown. Her evocations of destruction and decomposure generate rich surfaces as well as unsettling contemplations of the demise of powerful systems. 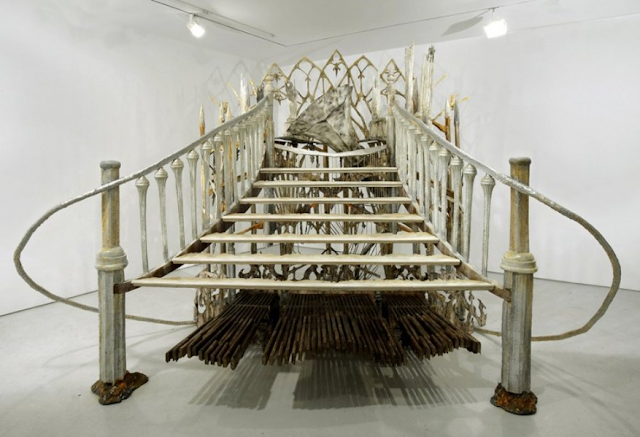 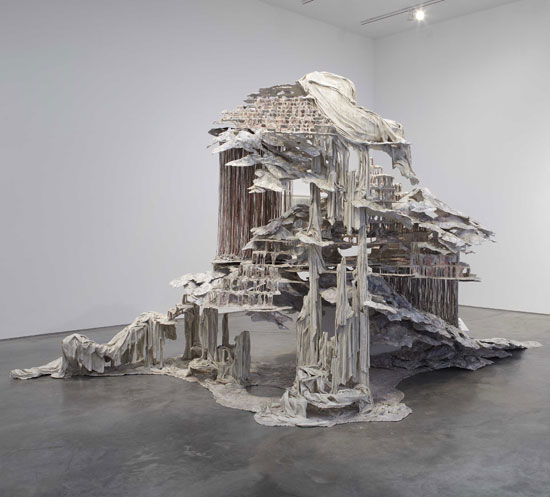 True to form, her latest mixed-media sculpture is ambitious in scale and layered, whether in texture, reference or emotional content.  Earlier works explored richly suggestive imagery of collapsing towers and vulnerable machines, using lustrous formal means to suggest complex structures frozen in a moment of implosion.  The themes of time and motion arrested are followed through in Trace of a Fictional Third with its cascades of dripping forms and other signifiers of liquidity and flow; the piece also marks an early foray by Al-Hadid into figuration, though characteristically her draped forms, while convincingly, indeed almost voluptuously corporeal, have spectral connotations: ghosts within the machine, a haunted spectacle. - See more 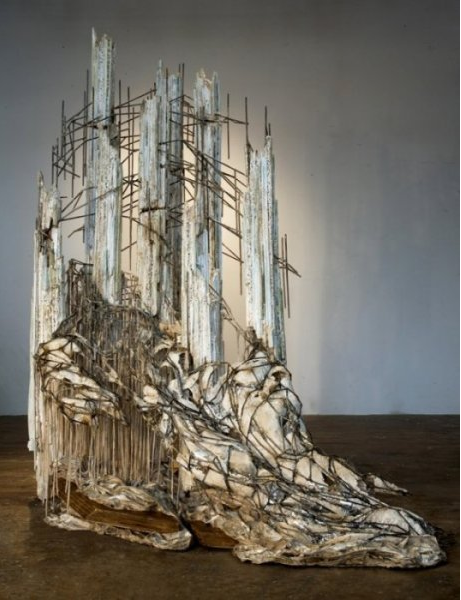 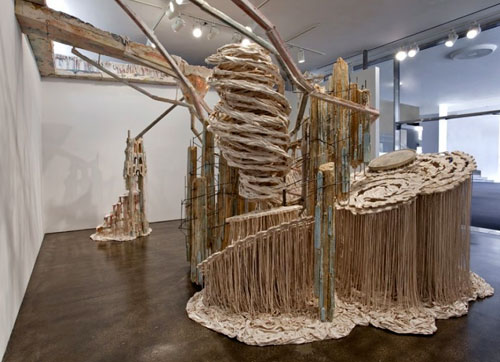 The piece was inspired by a 13th-century Syrian water clock (Al-Hadid was born in Aleppo, and now lives in Brooklyn), and more generally by a spirit of invention and architectural aspiration rooted in the past. “Water Thief” lacks the concentrated potency of Al-Hadid’s more discrete works, but its diffuse chaos has its own curious beauty. More 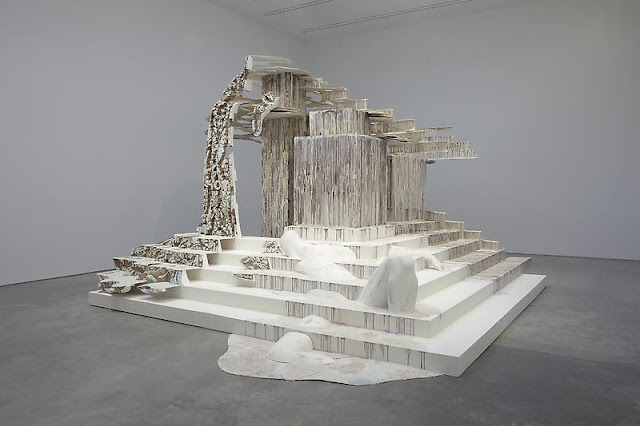 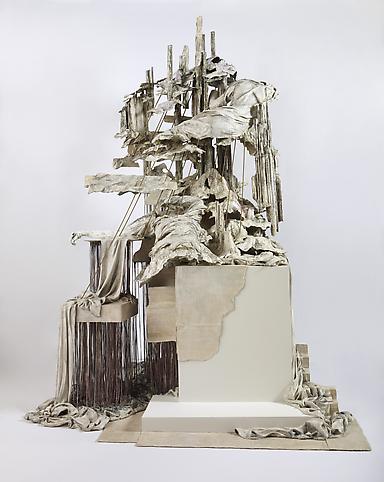