Arthur J. Meadows (1843-1907) was born within a family of painters. His father James Meadows, Sr. instilled in him a technical appreciation for accurate coastal views of Europe, and young Arthur set out to see and paint as many as he could find.

Traveling extensively throughout England, Holland and France, Meadows also took to the Mediterranean Ocean and the various sights and locales of Italy, Greece and the islands. He excelled in capturing local color and detail all within a soft, subtle palette that offers peaceful realism and emotional content to his artworks.

Meadows was very successful financially with his art in his lifetime and gifted works to many private individuals and other artists that he befriended. His upper society lifestyle enabled him to be quite active in early humanitarian efforts, and he was involved in the British and Foreign Anti-Slavery Society in the mid-Victorian Age. More 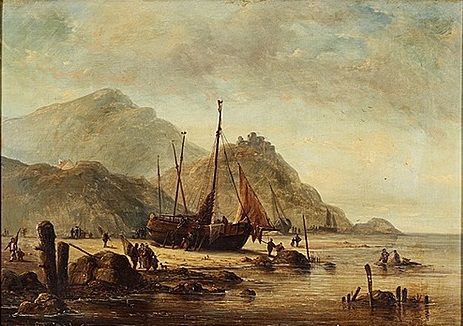 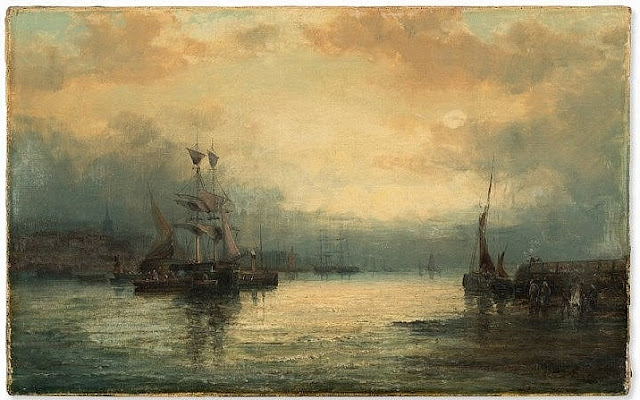 George William Thornley (1857-1935)William Thornley was born in 1857 in the French town Thiais. He studied under Yvon, Eugène Ciceri and A. Siouy. His friends included, among others, Puvis de Chavannes. Thornley was the chairman of the Société des Beaux Arts. His paintings are nowadays to be found in the collections of the Museum of Lille, the Luxembourg Museum in Paris and the Museum Pontoise 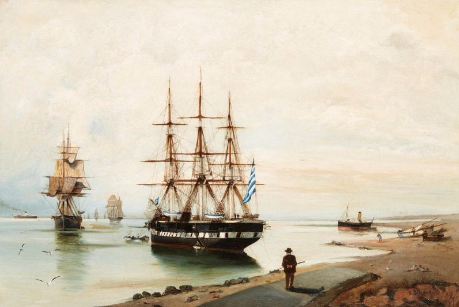 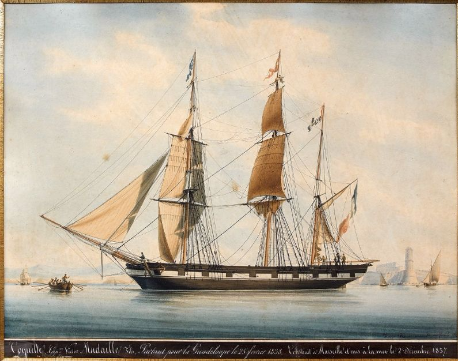 The Roux Family of Marseilles was a family of hydrographers and marine painters that specialized in ship portraits. While many generations were involved in the hydrographic business, it was really only three generations who painted and became known for their skill and accuracy in portraying a ship, making their work seem more like a photograph than a painting. The painters in the family were Joseph, Ange-Joseph Antoine, Mathieu-Antoine, Ursule-Josephine, François Joseph Frédéric and François Geoffroi. 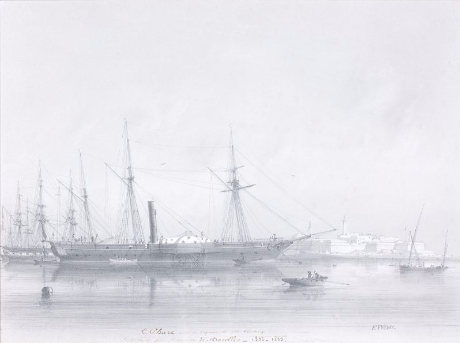 Antoine Alexandre Auguste Frémy was born in Toulon in 1816 and died in Saint-Jean-de-Luz in 1885, he was a French painter and draftsman specializing in Marine


Antoine Frémy made his debut as a cartoonist at the Toulon arsenal . Subsequently, he participated in expeditions alongside the French Navy ( Crimean War , taking Sevastopol, rural Morocco, etc.). In 1850, he is in Brazil, where he worked on boat portraits. He then returned to Toulon where he drew the ships. More 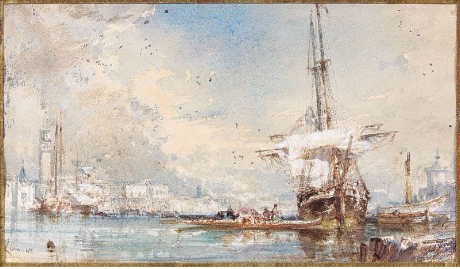 Félix Ziem (February 26, 1821 – November 10, 1911) was a French painter in the style of the Barbizon School. Born Félix-Francois Georges Philibert Ziem in Beaune in the Côte-d'Or département of the Burgundy région of France. Originally, Ziem planned to be an architect and studied at the School of Architecture in Dijon, and for a time he worked as an architect. In 1839 he moved to Marseilles, where he received some informal instruction in painting from Adolphe Monticelli. Painting developed from a hobby into a career following a visit in 1841 to Italy, where he fell in love with the city of Venice, a place that would become the source for many of his works, and to which he returned annually until 1892. Apart from Venetian scenes, he also painted many still lifes, portraits, and landscapes from a variety of places including Constantinople, Martigues, Cagnes-sur-Mer and his native Burgundy. More

The present painting is the work of an artist, presumably active in Sweden at the beginning of the 20th century. It depicts a romantic night landscape with a castle or a manor-house idyllically situated at a coastal line. The shimmer of the full moon also illuminates the silhouettes of a number of sailings boats distributed over the quiet sea. The scenery is animated by crackling fire in front of the hut at the lower right side, whose dim light reaches the hustle of two persons in a boat.

This painting by Joseph Baudin depicts an extraordinary composition in square format, untypical for the artist who is primarily known for his Venetian views after Canaletto. It depicts is a harbor view with a lively figural scene in the foreground, whereby the upper half of the image taken up entirely by the bright sky. Glimmering ray of sun incide from the upper left corner and cause dynamic effects of light and shadow. The present work shows Baudin’s talent for the reproduction of architectural proportions reproduce and rendering of figures as well as his sense of the open landscape. With unusually loose brushwork, the British painter created an animated scene here, which boasts a subtle color scheme and harmonious composition.

The present painting by the English marine painter Abraham Hulk shows an atmospheric seascape with dark clouds gathering above the agitated sea. A number of fishing and sailing boats inhabit the setting in the foreground, whereas the sea is lined by the silhouettes of two windmills of a coastal town depicted on the far left side.