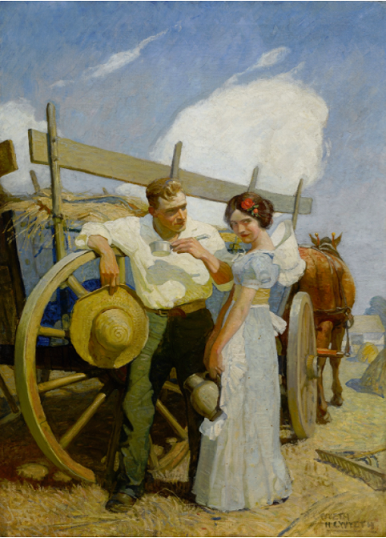 Newell Convers Wyeth (October 22, 1882 – October 19, 1945), known as N. C. Wyeth, was an American artist and illustrator. During his lifetime, Wyeth created over 3,000 paintings and illustrated 112 books, 25 of them for Scribner's, the Scribner Classics, which is the work for which he is best known. The first of these, Treasure Island, was one of his masterpieces and the proceeds paid for his studio. Wyeth was a realist painter just as the camera and photography began to compete with his craft. Sometimes seen as melodramatic, his illustrations were designed to be understood quickly. He is notably the father of painter Andrew Wyeth and the grandfather of Jamie Wyeth, both celebrated American painters. More on Newell Convers Wyeth 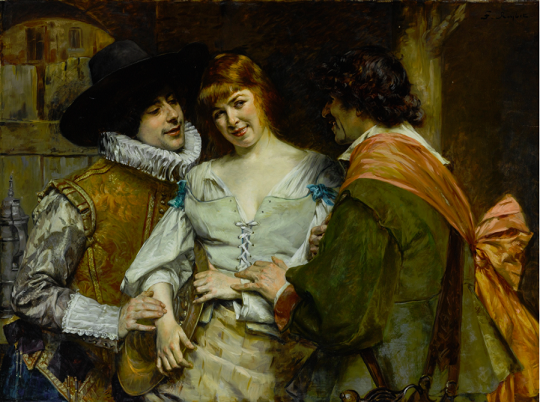 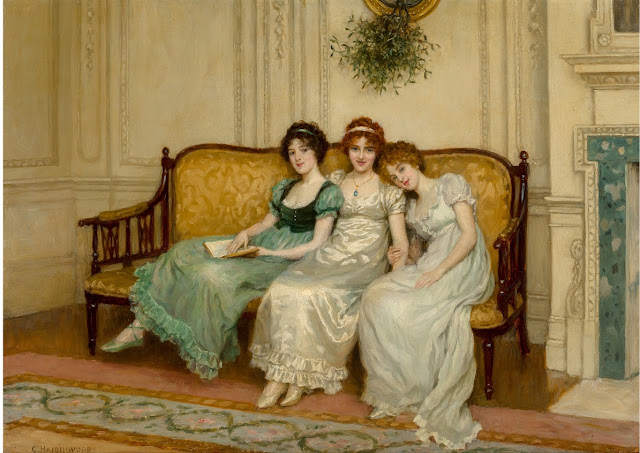 Charles Haigh-Wood,  (British, 1856-1927) was a genre painter, who lived in London, Bury and Taplow, Buckinghamshire.

Haigh-Wood’s enchanting visions of romance, with attractive girls and pretty dresses are some of the most endearing and popular of all images. His patrons adored them, a successful businessman of Haigh-Wood’s day with any pretension to artistic taste had to own one. 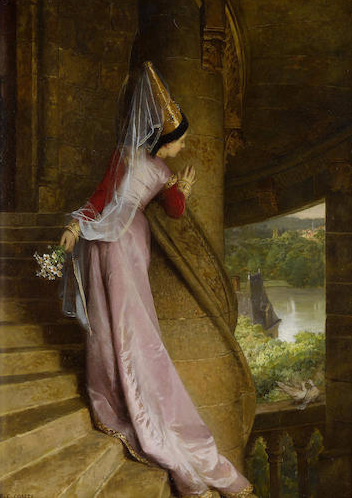 Pierre-Charles Comte , born in Lyon on April 23 , 1823 and died at Fontainebleau on November 30 , 1895, was a French painter. A student of Claude Bonnefond at the School of Fine Arts in Lyon between 1840 and 1842. He then moved to Paris to enter the studio of Robert-Fleury .

He first practices were painting history , especially the history of the Valois, and genre painting . From 1875, he changed his style by adopting a more "modern" technique. He also made many sculptures at the end of his life. More on Pierre-Charles Comte 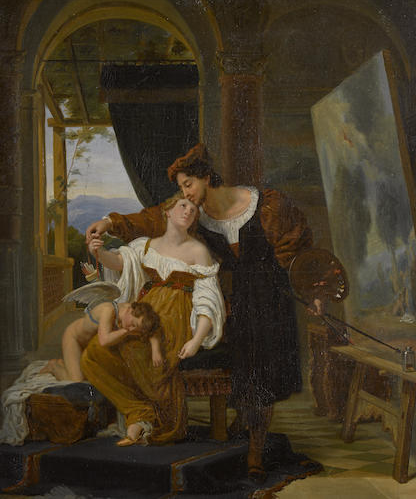 Jean Baptiste Auguste Vinchon (5 August 1789 – 1855) was a French painter. He was born in Paris on 5 August 1789. He became a painter of historical subjects, and a printer. Vinchon was a pupil of Gioacchino Giuseppe Serangeli in his Paris studio. He won the second Prix de Rome for painting in 1813 and the first Prix de Rome in 1814 for his painting of the Death of Diagoras. During the First French Empire (1804–14) Vinchon and Nicolas Gosse painted a number of Scenes from Ancient Life in grey scale for the Louvre, based on the plates of Antichità di Ercolano. More on Jean Baptiste Auguste Vinchon 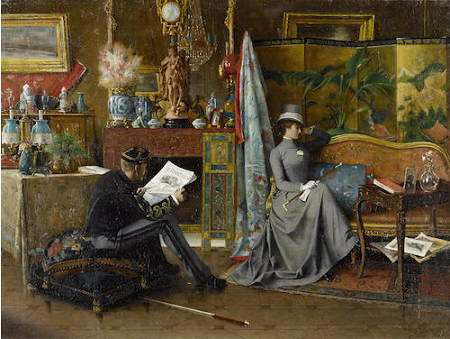 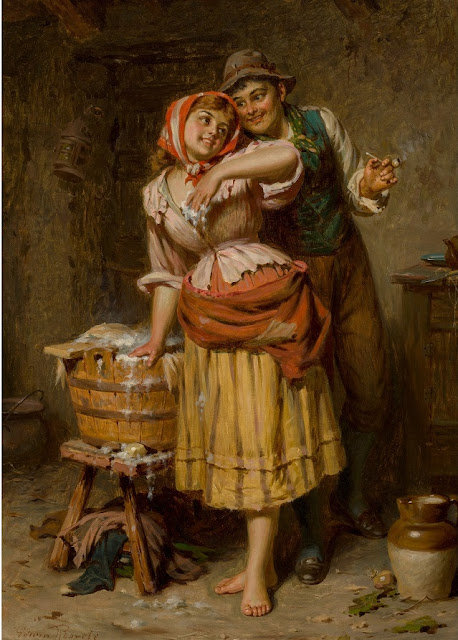 Edwin Roberts (1840-1917), from London, was a famous painter during his career. His genre paintings reflect his Victorian time frame from which he painted.

Roberts exhibited extensively in London from 1862-1886, including at The Royal Academy and forty-six paintings at the Royal Society of British Artists. 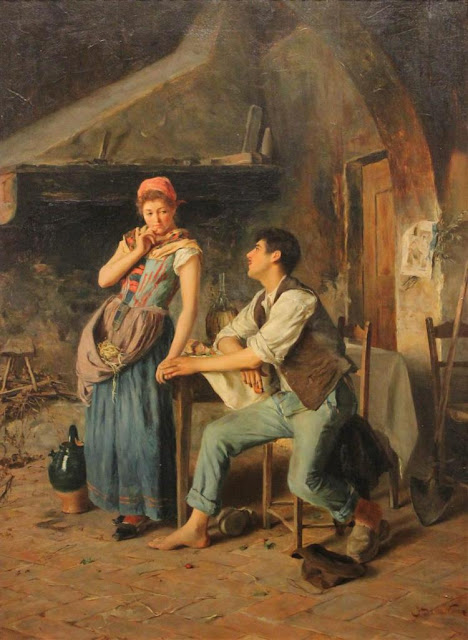 Acknowledgement: Bonhams   , and others