01 Paintings by the Orientalist Artists in the Nineteenth-Century, with footnotes, 15 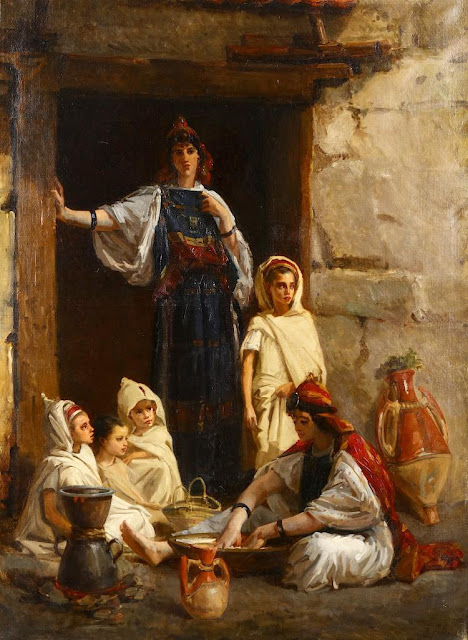 Isidore-Alexandre-Augustin Pils (19 July 1813/15, Paris – 3 December 1875, Paris) was a French painter. Pils was born in Paris. At the age of twelve, he studied with Guillaume Guillon-Lethière for four years. He later studied under François-Édouard Picot.

By 1840 he'd been admitted to the École des Beaux-Arts and was competing for the Prix de Rome, which he won in 1841 for a history painting, St. Peter Healing a Lame Man at the Door of the Temple. Although in poor health, Pils then spent the customary three years at the French Academy in Rome at the Villa Medici, which then had Jean Auguste Dominique Ingres as its director. While in Italy he visited Naples, Venice, and Florence.

After experiences travelling with French troops through the Crimea, his themes took on military and nationalistic subjects. He later produced many military scenes during the siege of Paris during the Franco-Prussian War of 1870.

Pils was appointed professor of painting at the École des Beaux-Arts in 1863 but left the same year for two years in Algeria. In 1868 he was elected to Académie des Beaux-Arts. More on Isidore-Alexandre-Augustin Pils