01 Paintings by the Orientalist Artists in the Nineteenth-Century, with footnotes, 16 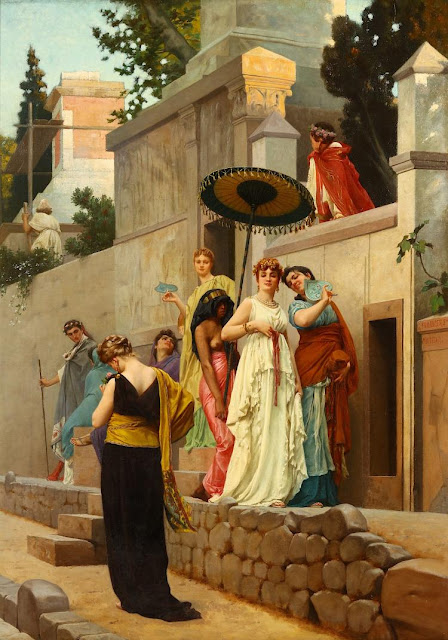 Gustave Clarence Rodolphe Boulanger (25 April 1824 – October 1888) was a French figure painter known for his classical and Orientalist subjects. He was born at Paris in 1824, and orphaned at age 14 His uncle and guardian subsequently sent him to the studio of Pierre-Jules Jollivet and then to Delaroche in 1840. In 1849 took the Prix de Rome with his painting, Ulysses, a work which combined a classical approach with Orientalist overtones.

In 1845, he first visited Algeria and this gave him an interest in Orientalist themes. Boulanger's knowledge of Pompeii, which he visited while studying at the École de Rome, also gave him ideas for many future works. His paintings are prime examples of academic art of the time, particularly history painting. Boulanger had visited Italy, Greece, and North Africa, and his paintings reflect his attention to culturally correct details and skill in rendering the female form.


He began teaching at the Institut de France in 1882 and was an influential teacher, noted for his dislike of the Impressionism. More on Gustave Clarence Rodolphe Boulanger

If you enjoyed this post, please share with friends and family.
Posted by Henry Zaidan at 2:58 PM