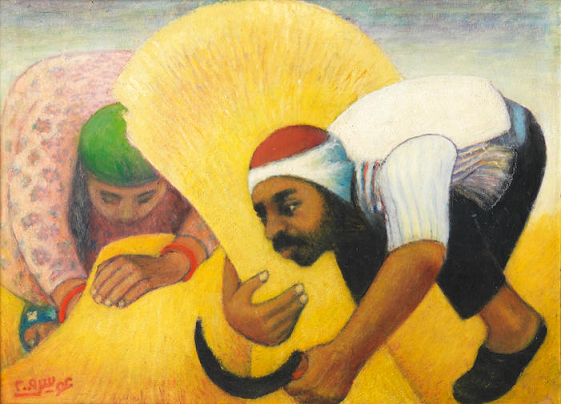 Mohammed Hamed Owais was born in 1919 into a peasant family in the small village of Kafr Mansour in the governorate of Beni Soueif, Egypt. There, he received his primary and secondary education before working as a metalworker. He moved to Cairo, where he joined the School of Fine Arts. After he graduated in 1944, he pursued his studies at the Institute of Art Education in Cairo. He received his diploma in 1946 and in the following year, he founded the Group of Modern Art, together with other artists of his generation. 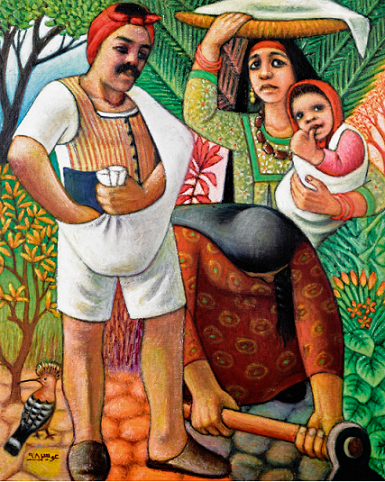 Hamed Owais is one of the leading Social Realist painters in Egypt. His work embodies the struggle of the people of the Egyptian working class. He was one of the first Egyptian artists to address the question of unemployment and the everyday life of Egyptian laborers in the 1940's and 1950's. Owais was a partisan of the ideals of the 1952 revolution, which he expressed in his works. He admired the European modernists and found affinity with Mexican Social Realists.

His peasants or fishermen are massive and muscular. Their large bodies often seem to be enclosed in the reduced space of the canvas that appears as a metaphor of the social boundaries of the Egyptian society. Although Owais is commonly associated with the socialist ideology of the Gamal Abdel Nasser era, his original style and work overall reflect his humanist character. More on Mohammed Hamed Owais