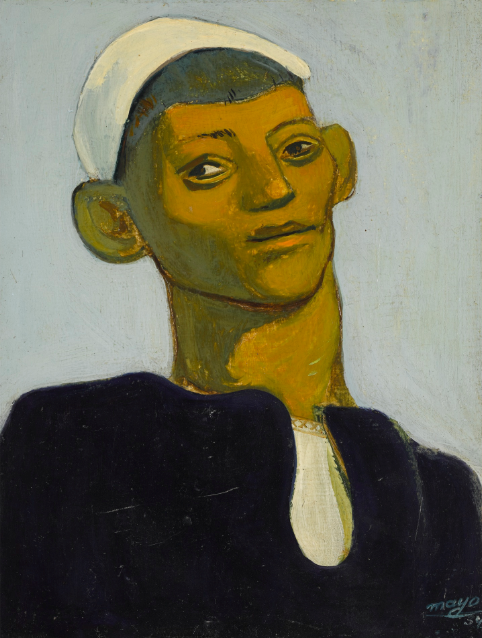 Fellah, plural Fellaheen, is a farmer or agricultural laborer in the Middle East and North Africa. The word derives from the Arabic word for "ploughman" or "tiller".

Due to a continuity in beliefs and lifestyle, the fellahin of Egypt have been described as the "true Egyptians".

A fellah could be seen wearing a simple Egyptian cotton robe called galabieh. The word Galabieh originated around 1715–25 and derived from the Egyptian slang word gallabīyah.

Comprising 60% of the Egyptian population, the fellahin lead humble lives and continue to live in mud-brick houses like their ancient ancestors. In 1927, anthropologist Winifred Blackman, author of The Fellahin of Upper Egypt, conducted ethnographic research on the life of Upper Egyptian farmers and concluded that there were observable continuities between the cultural and religious beliefs and practices of the fellahin and those of ancient Egyptians. More on the Fellah 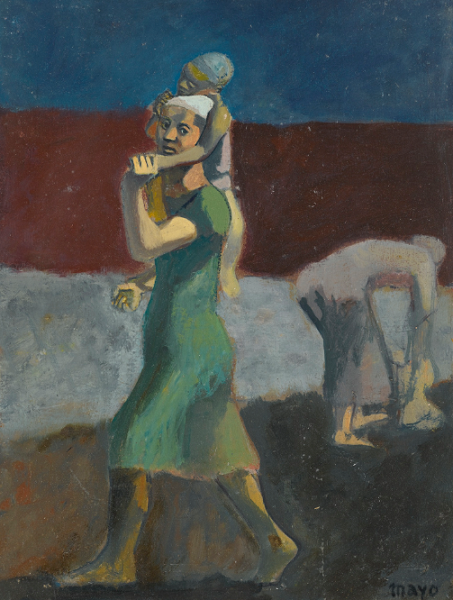 Antoine Malliarakis Mayo,  was born in 1905 in Egypt, the son of a Greek engineer and a French mother. Although he kept a Greek passport throughout his life, he was culturally French and lived in France for half of his life after leaving Egypt. He came to France to study architecture but started frequenting artistic circles in the Paris of the roaring twenties and decided to become a painter instead. He made a living decorating cabarets and, later, designing costumes for stage productions, while continuing to paint. In 1944 his friend, writer Jacques Prévert, recommended him as costume designer for the classical period piece "Les Enfants du Paradis". The film was a hit and allowed Mayo to lead a 20-year career in French cinema, designing the costumes (and sometimes the scenery) of several classics. In the meantime, he also worked as art director on many commercials. With the early 60s, and the coming of the "Nouvelle Vague", period pieces became less frequent, and Mayo had less work offers. He ultimately decided to leave movies to concentrate on his paintings. Having moved to Rome, Italy, in the mid-sixties, he finally managed to make a good living with his paintings alone. Unfortunately, in the early eighties, Mayo gradually lost his eyesight. In 1984 he moved back to France and died in 1990, aged 85. More on Antoine Malliarakis Mayo