01 Painting, Streets of Paris, by the artists of the time, Part 51 - With Footnotes 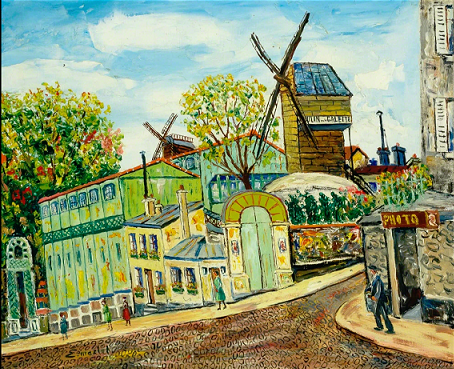 Jules-Émile Élisée Maclet is famous for his Paris street scenes, much in the tradition that Utrillo would soon follow. Indeed, born in Lihons-en-Santerre, Picardie (April 12, 1881), the artist began his career while still a choirboy. He moved to Montmartre in 1906, after his mother's death, where he began painting the Montmartre landscape, anticipating the themes that Utrillo would eventually depict, as well as other colorful scenes of the city (and elsewhere in France and Italy). He would have had more works extant today, but he was institutionalized much of the last 30 years of his life. More on Jules-Émile Élisée Maclet