03 Paintings by self-taught Algerian artist in the U.S. for the first time 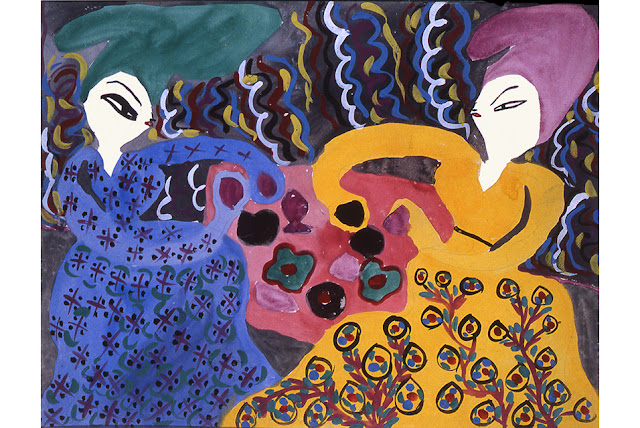 Baya: Woman of Algiers is the first North American exhibition of works by the self-taught Algerian artist Baya Mahieddine (1931–1998). Known as Baya, she was born in Bordj el-Kiffan and orphaned at age five. Encouraged by her adoptive French mother to pursue art, she began as an adolescent to paint gouaches and make ceramics. Her work was soon discovered by fabled gallerist Aimé Maeght who, along with André Breton, organized an exhibition in Paris in 1947. Baya’s colorful depictions of women, rhythmic patterns, and bright palette drew the attention of Henri Matisse and Pablo Picasso, with whom she later collaborated in the renowned Madoura pottery studio in Vallauris. Celebrated in both Algeria and France, Baya has yet to gain international recognition. Woman of Algiers reexamines Baya’s career within contemporary, Surrealist, “outsider,” and Maghreb post-colonial art contexts.  The exhibition features works drawn from the Maeght Family Collection, Paris, as well as several Madoura ceramics by Picasso and a video by London-based French-Algerian artist Zineb Sedira. Baya is curated by Natasha Boas and will be accompanied by an illustrated catalogue with essays by  Boas, André Breton, Assia Djebar, and Menna Ekram. More on this exposition at New York University’s Grey Art Gallery 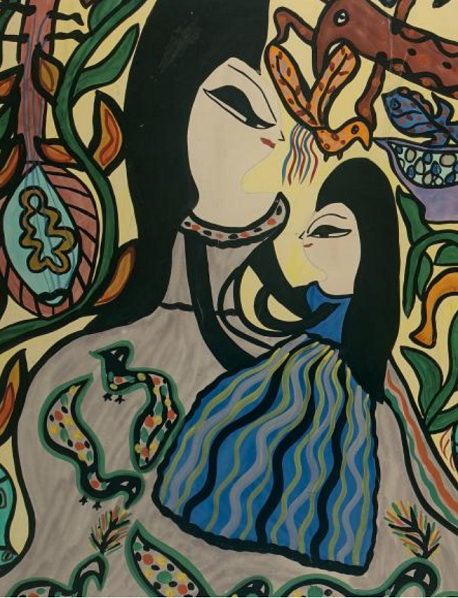