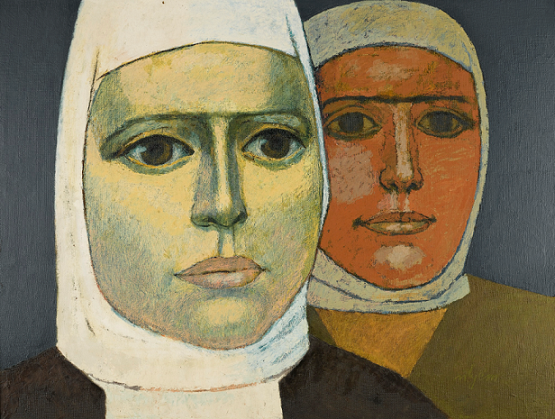 Nuri İyem was born in Istanbul in 1915. During his childhood he used to paint walls with charcoal. Because of his father's job as a health official, İyem spent his childhood in various cities of Anatolia. After finishing primary school in Mardin, he returned back to Istanbul to attend secondary school and he studied at Vefa and Pertevniyal Highschools.

His passion to be a painter was forcing his dreams through the coasts of Fındıklı where the Fine Arts Academy stood. . Those dreams would be concluded with his enrollment at the Academy in spite of his parents' desire to see their child as a doctor.

Nuri İyem was one of the most important living masters of Turkish painting. He has produced, exhibited, written and discussed art without a break, in spite of all the difficulties to exist as an artist during the social and cultural course of the Republic period. Nuri has crowned his life with many precious art works and his own story is not just an autobiographical representation of an artist, but also an expression of real struggle and honour. More on Nuri İyem