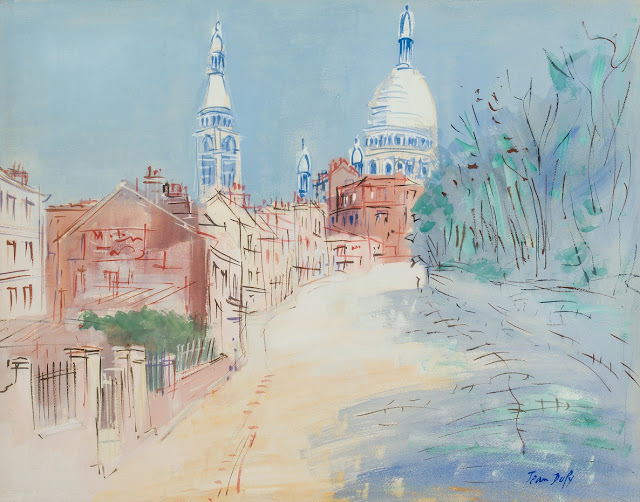 
Jean Dufy (b Le Havre, France, 1888; d La Boissière, 1964) French Painter. Following his service in the military, from 1910-1912, Jean Dufy relocated to Paris. Inspired by the work of Braque and Picasso, Dufy created watercolors that expressed a heightened understanding of color and light. In the mid-1920s, Jean Dufy became captivated by the music of the time, such as Darius Millaud and Francis Poulenc, and incorporated this interest into his artwork. While depicting orchestral and musical subjects, Dufy later became enchanted by the coast of Northern France and began to create majestic and effecting landscapes. Throughout the 1950s Dufy explored Western Europe and North America, but inevitably returned to his watercolors and oils of Paris. Just two months after the death of his wife, Ismérie, Jean Dufy died in 1964 in La Boissiere. More Jean Dufy