01 Painting by the Orientalist Artists of the Nineteenth-Century, with footnotes, 36 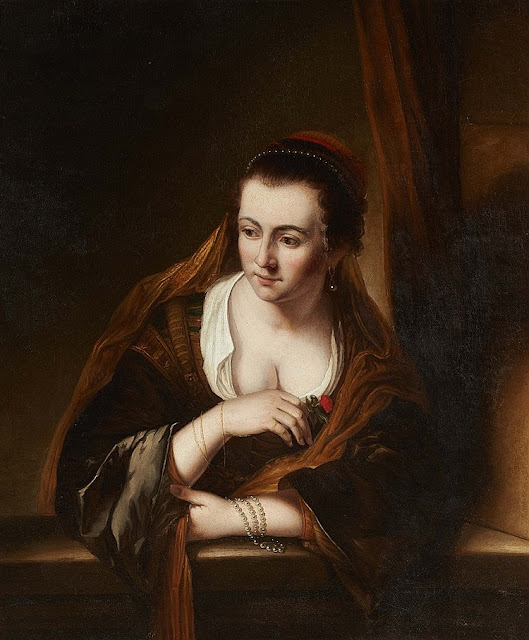 Ferdinand Bol was first an apprentice of Jacob Cuyp in his hometown and/or of Abraham Bloemaert in Utrecht. After 1630 he studied with Rembrandt, living in his house in Sint Antoniesbreestraat. In 1641 Bol started his own studio.

Around this time, Bol was a popular and successful painter. His palette had lightened, his figures possessed greater elegance, and by the middle of the decade he was receiving more official commissions than any other artist in Amsterdam.

Probably his best known painting is a portrait of Elisabeth Bas, the wife of the naval officer Joachim Swartenhondt and an innkeeper near the Dam square. This and many other of his paintings would in the 19th century be falsely attributed to Rembrandt. More on Ferdinand Bol