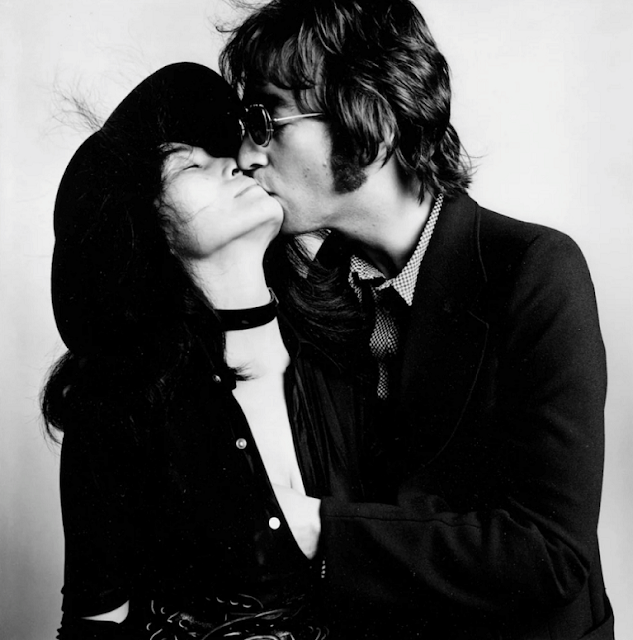 Yoko Ono Lennon, (born February 18, 1933, Tokyo, Japan), Japanese artist and musician who was an influential practitioner of conceptual and performance art in the 1960s and who became internationally famous as the wife and artistic partner of musician John Lennon. More on John and Yoko

In 1959, Bailey managed to land a job with John French, a leading fashion and portrait photographer at the time. The following year, he got a contract job with the British edition of Vogue magazine and began building a substantial reputation as a freelancer.

Bailey's ascent at Vogue was meteoric. Within months he was shooting covers and, at the height of his productivity, he shot 800 pages of Vogue editorial in one year.

Since 1966, Bailey has also directed several television commercials and documentaries. Bailey was hired in 1970 by Island Records' Chris Blackwell to shoot publicity photos of Cat Stevens for his upcoming album Tea for the Tillerman. In 1972, rock musician Alice Cooper was photographed by Bailey for Vogue magazine.

Bailey still works as a photographer and has also directed documentaries, commercials, and dramas. He has developed an interest in painting and has had his works exhibited. In 2001, he was made a CBE, which is a class of the Order of the British Empire, for his service to the arts. More on David Royston Bailey