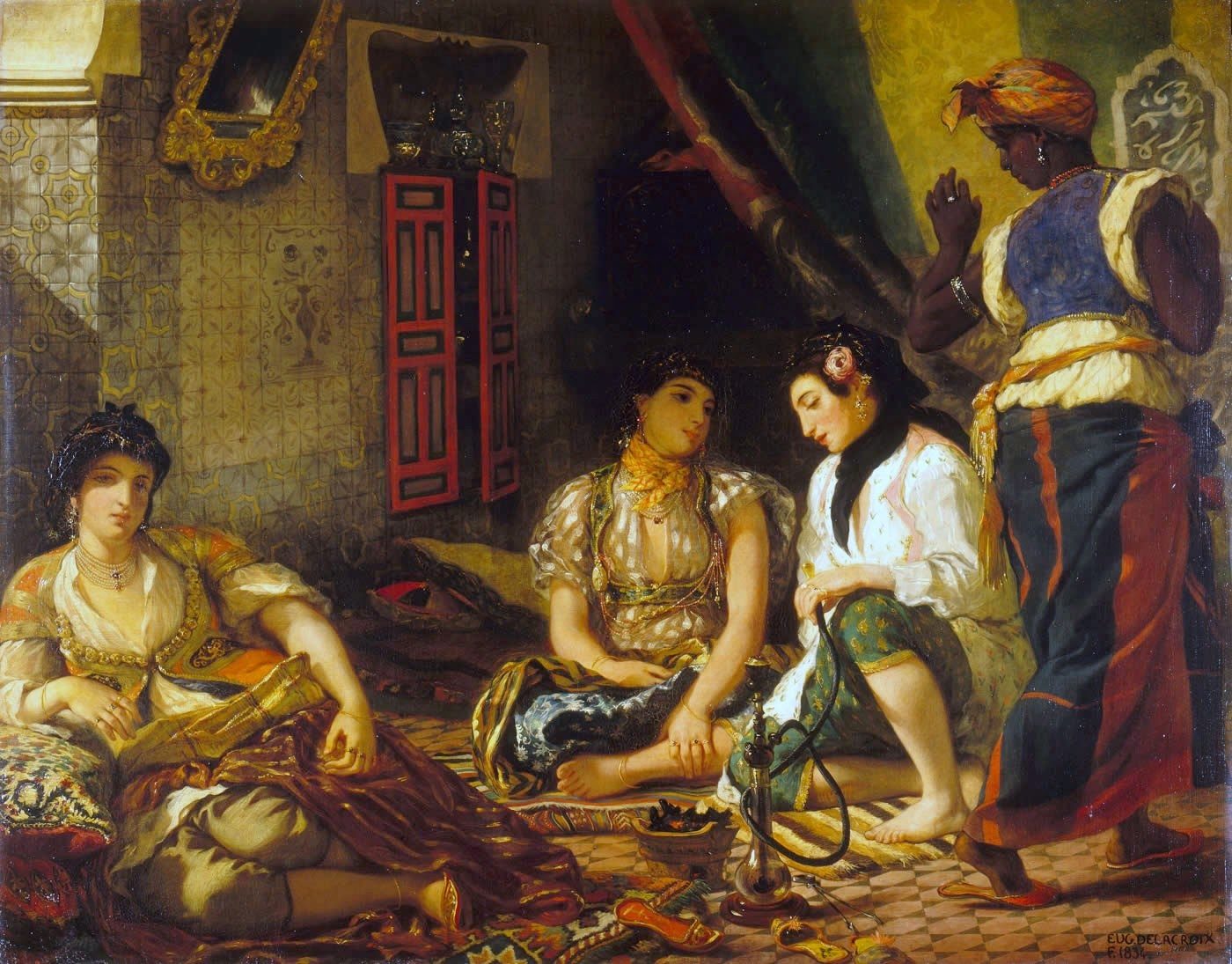 Women of Algiers in their Apartment (French: Femmes d'Alger dans leur appartement) is an 1834 oil on canvas painting by Eugène Delacroix (Four years after the French conquest of Algeria). It is located in the Louvre, Paris, France. The painting was first displayed at the Salon, where it was universally admired. King Louis Philippe bought it and presented it to the Musée du Luxembourg, which at that time was a museum for contemporary art. After the death of the artist in 1874 the painting was moved to the Louvre, where it is held today.

Picasso,  fascinated by Delacroix's "Les femmes d’Alger", painted a series of fifteen variations on Delacroix's work. The individual canvases are designated as versions A through O. This was the first extended series that Picasso created after a renowned painting by a past master. 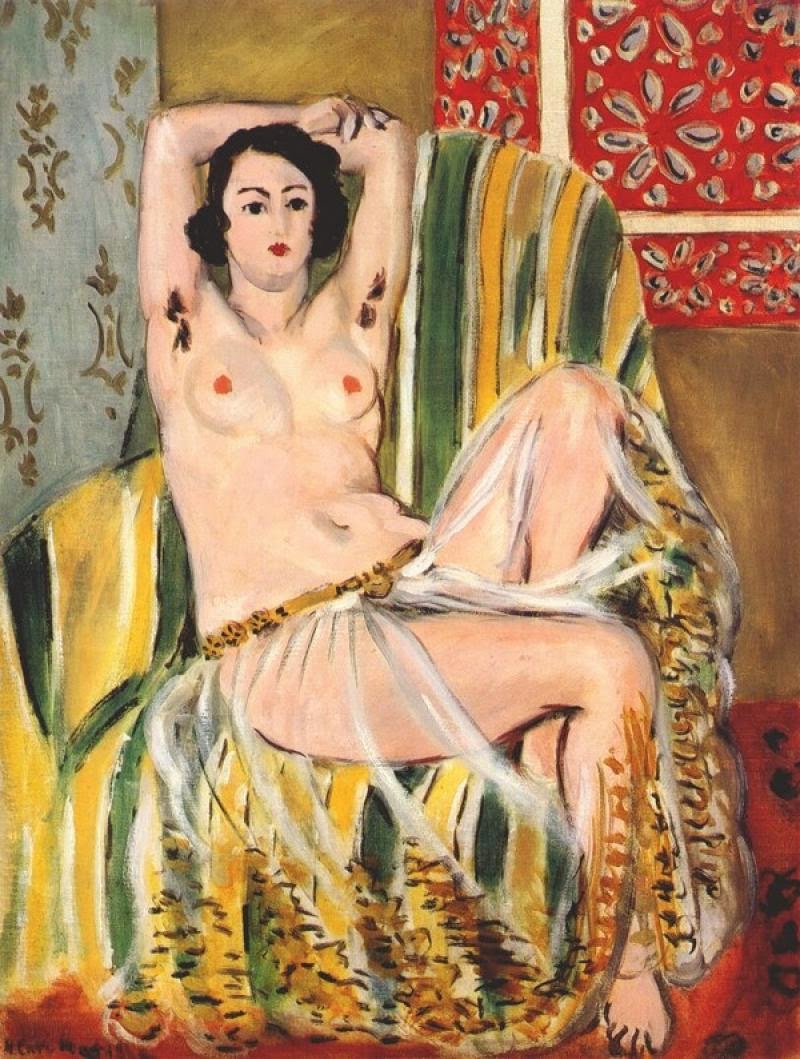 Picasso conceived the series as an elegy to his friend and great artistic rival, Henri Matisse. Matisse had died in November 1954, five weeks before Picasso began the series. Matisse viewed Delacroix as his immediate forebear in terms of colour and Orientalist subject matter.  Picasso stated, “When Matisse died, he left his odalisques to me as a legacy.” 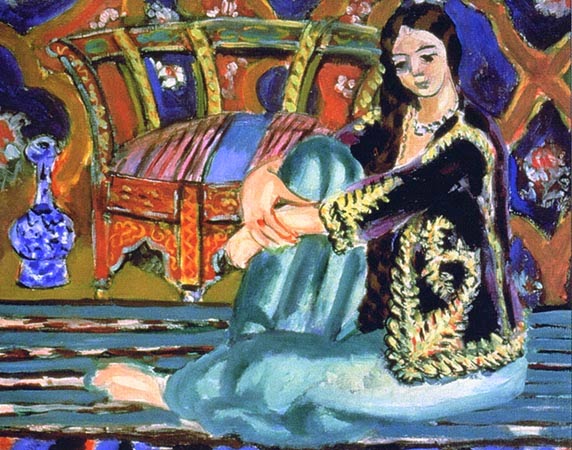 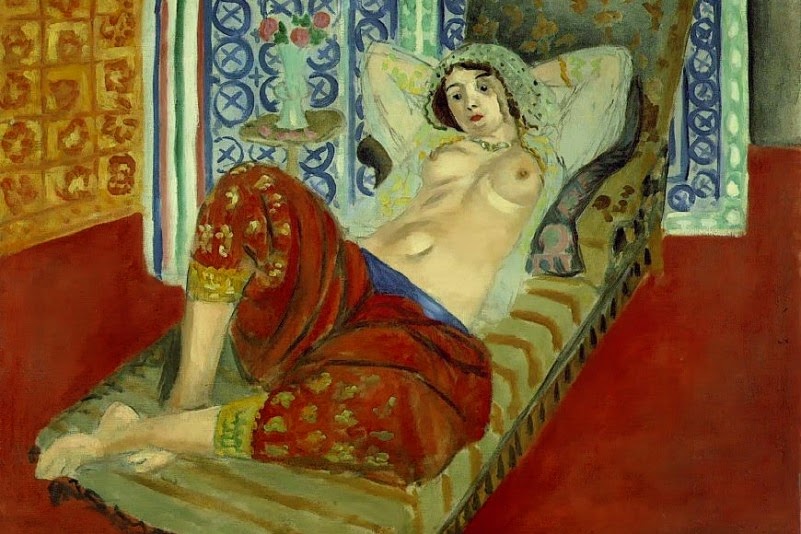 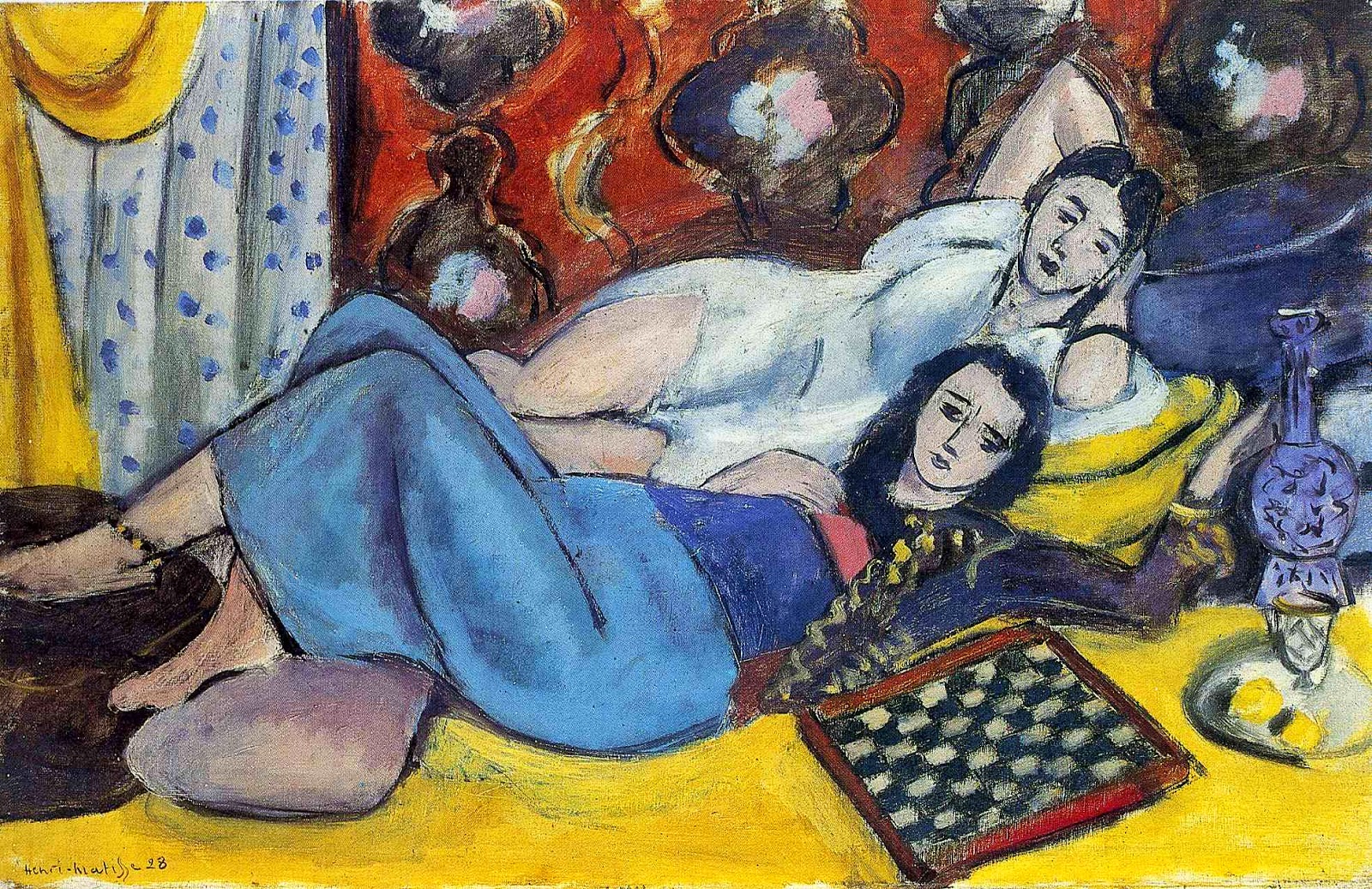 Les femmes d'Alger are Picasso's greatest achievement in the decades following the end of the Second World War. They represent his perception of an historical genre, for which his treatment is both respectful and playful.


The impact of the entire group is greater than the sum of its parts, while each of the individual canvases is varied and uniquely characterful. Some are as fine as Picasso ever painted. Picasso altered his approach between paintings steeped in color, and those rendered en grisaille. 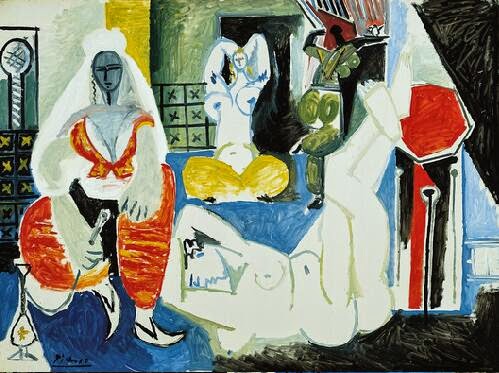 Picasso, Women of Algiers, (Version A) 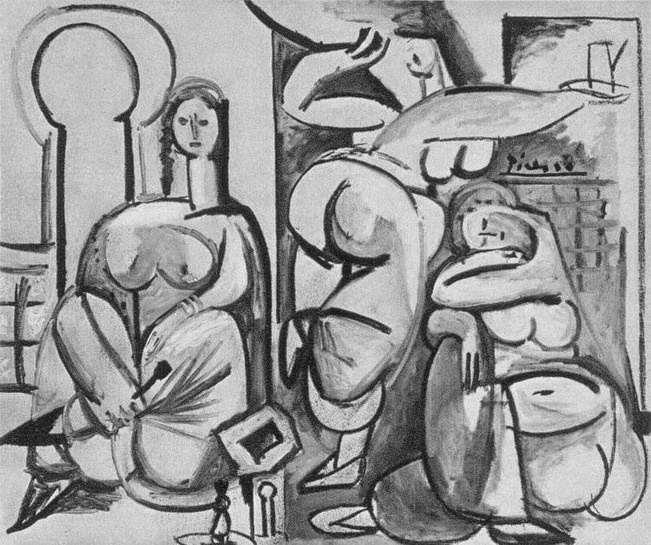 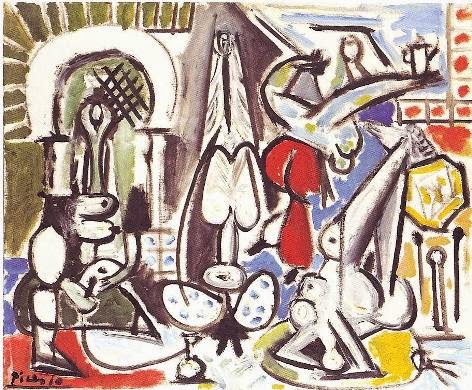 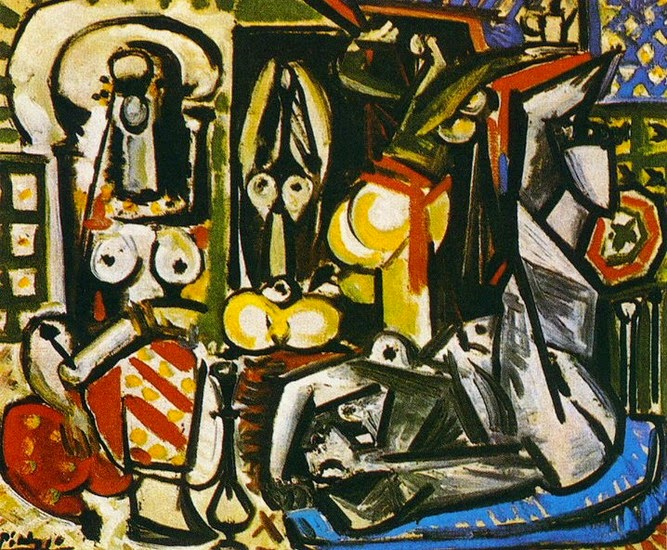 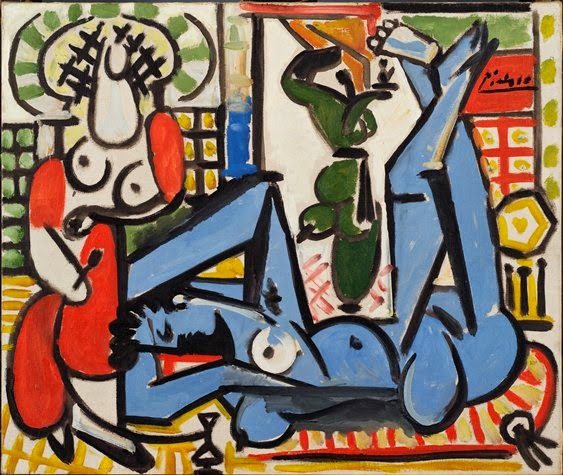 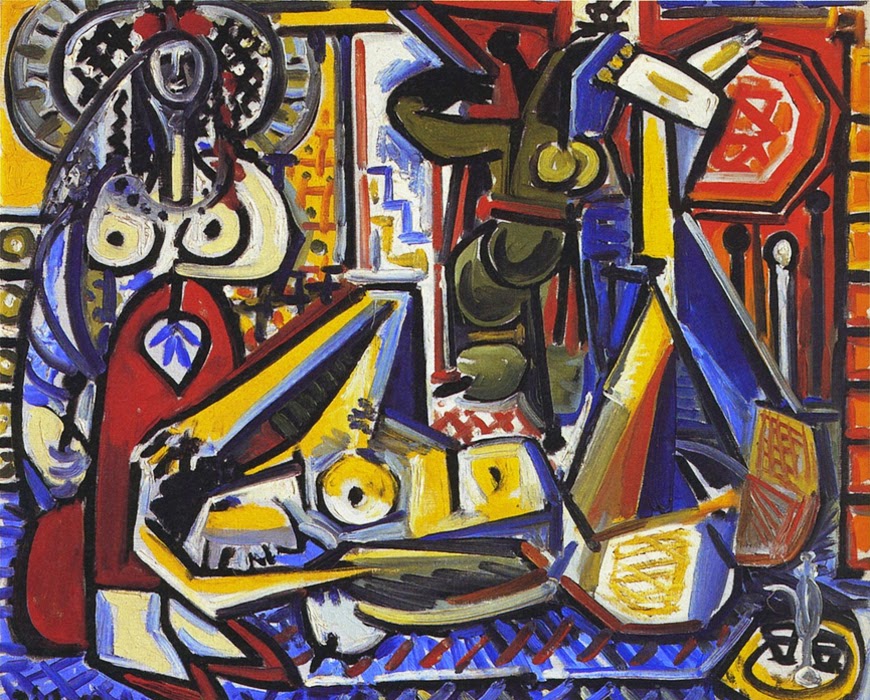 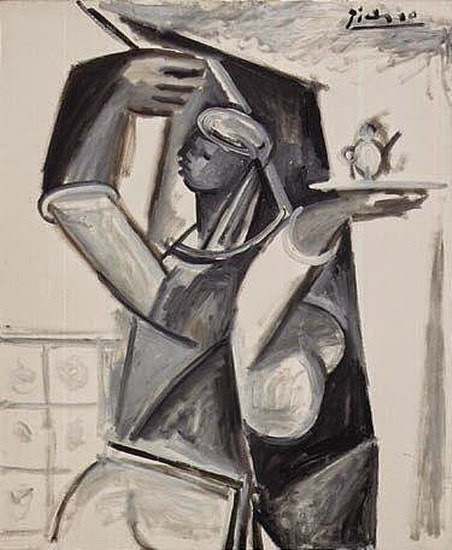 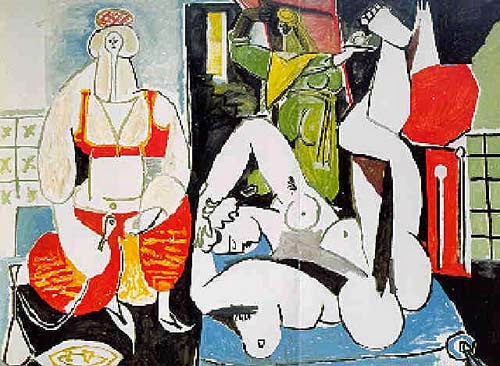 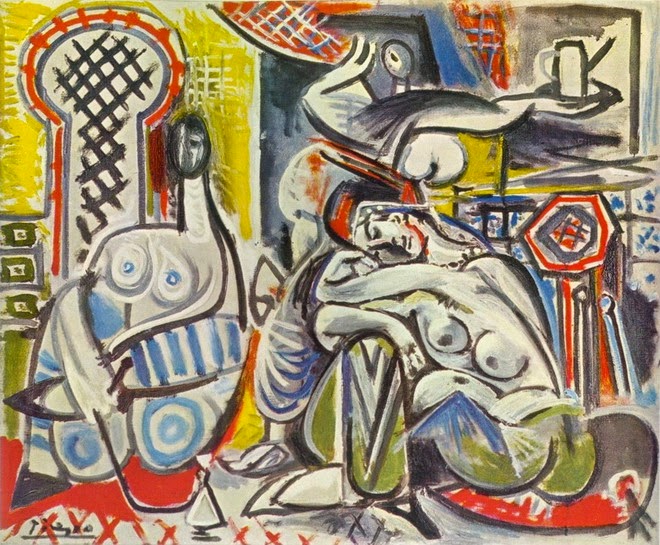 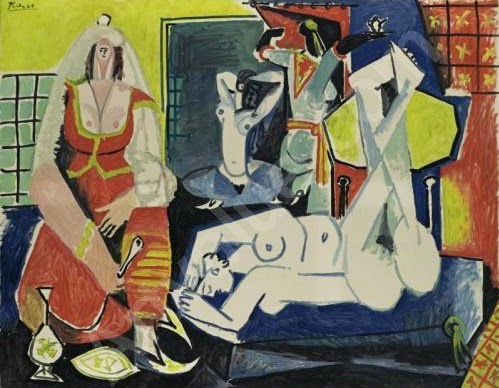 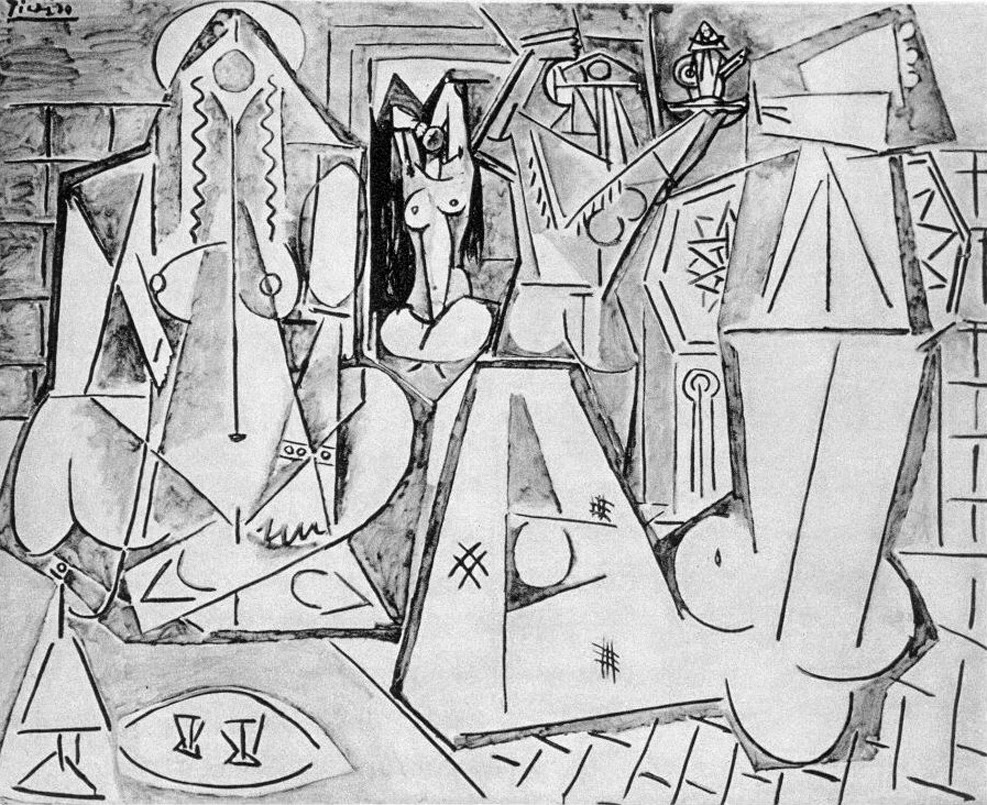 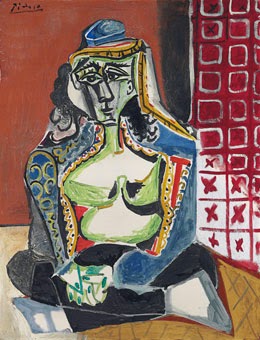 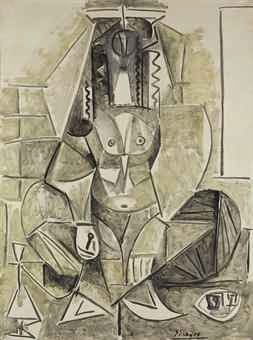 Among the monochrome variations, the Version "L" is truly magisterial. She is not simply an odalisque enjoying her narghile (water-pipe), she is the goddess Astarte enthroned in her temple, but also sphinx-like, inscrutable, a mythic image of sexually powerful and fertile womanhood brought forward from the distant past. 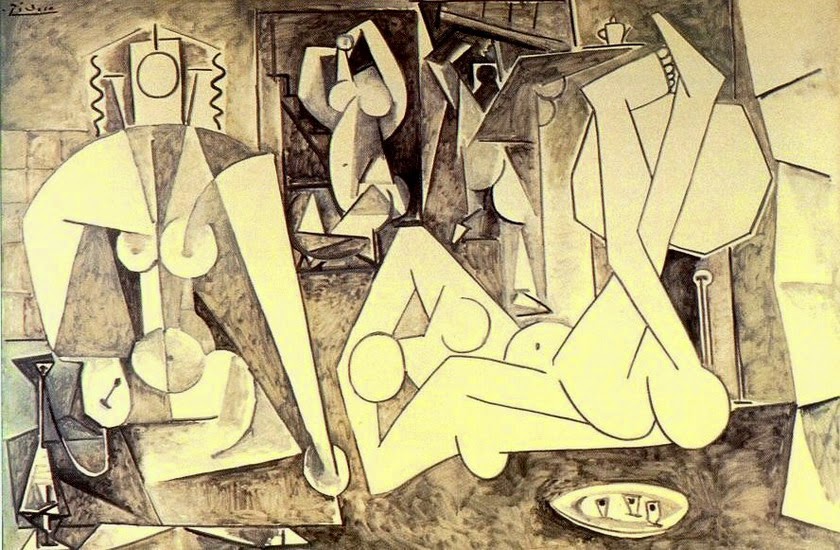 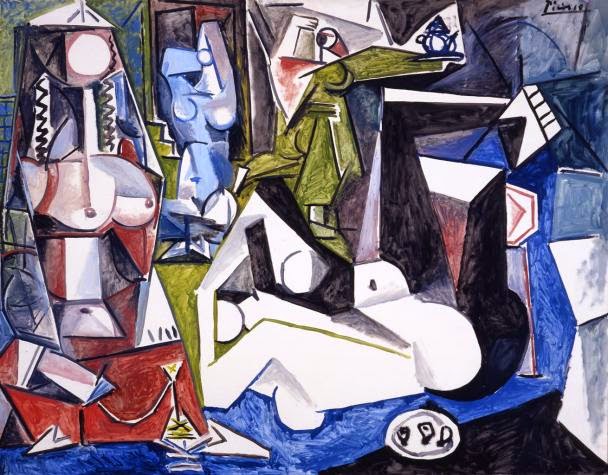 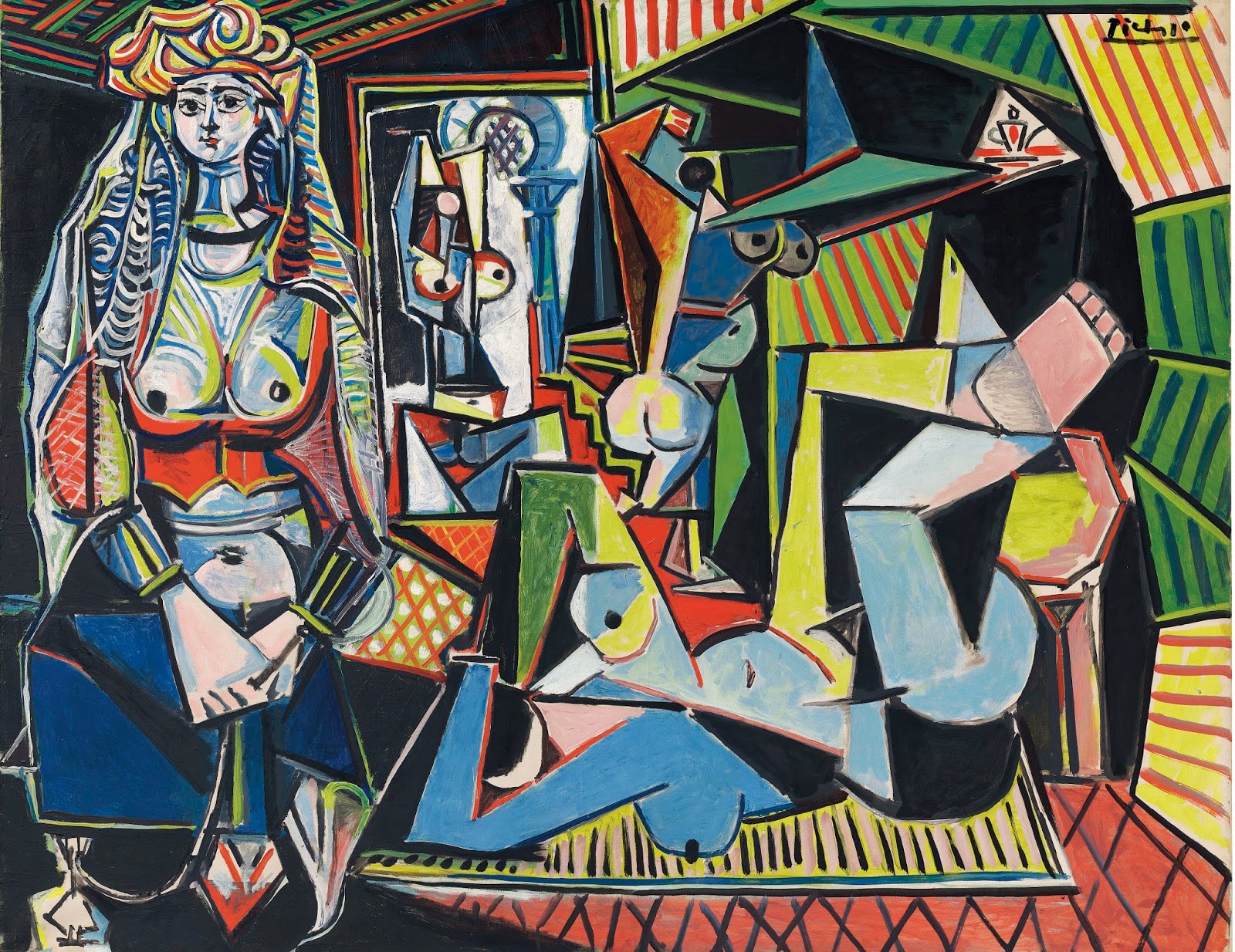 “Les femmes d’Alger, (Version “O”) is the culmination of Picasso's project. With its packed composition, play on cubism and perspective, its violent colors, and its brilliant synthesis of Picasso’s lifelong obsessions, it is a milestone in Picasso’s oeuvre and one of his most famous masterpieces.