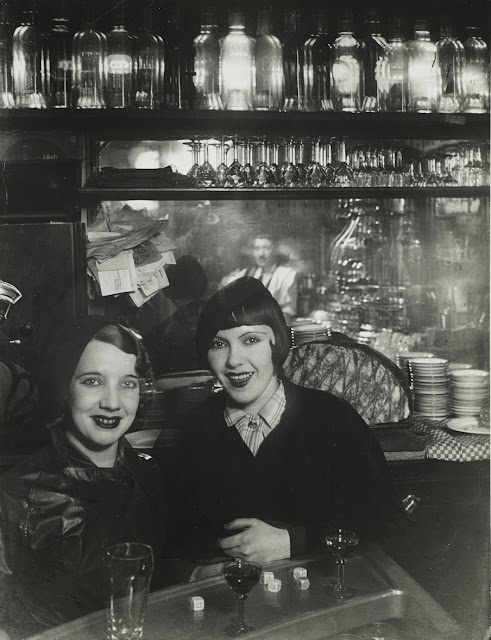 BRASSAÏ (1899–1984)
Deux filles de Joie, Boulevard Rochechouart, Montmartre, c. 1932
Ferrotyped gelatin silver print, printed 1940s
117⁄8 x 83⁄4 in. (30.1 x 22.2 cm.)
Private collection
The Boulevard Marguerite-de-Rochechouart is a street in Paris, France, situated at the foot of Montmartre and to its south. Like the neighbouring street, it is named after Marguerite de Rochechouart de Montpipeau (1665–1727), abbess of Montmartre. It is a result of the 1864 merging of the boulevards and chemins de ronde which followed the interior and exterior of the Wall of the Farmers-General. It has also been known as the boulevard des Poissonniers, chemin de ronde de Poissonnière and chemin de ronde de Rochechouart. It is served by the Paris Metro stations Pigalle, Anvers and Barbès – Rochechouart. More on Boulevard Rochechouart
Brassaï, pseudonym of Gyula Halász (9 September 1899 – 8 July 1984) was a Hungarian–French photographer, sculptor, medalist, writer, and filmmaker who rose to international fame in France in the 20th century. He was one of the numerous Hungarian artists who flourished in Paris beginning between the world wars.
In the early 21st century, the discovery of more than 200 letters and hundreds of drawings and other items from the period 1940 to 1984 has provided scholars with material for understanding his later life and career.
Halász's job and his love of the city, whose streets he often wandered late at night, led to photography. He first used it to supplement some of his articles for more money, but rapidly explored the city through this medium, in which he was tutored by his fellow Hungarian André Kertész. He later wrote that he used photography "to capture the beauty of streets and gardens in the rain and fog, and to capture Paris by night." Using the name of his birthplace, Halász went by the pseudonym "Brassaï," which means "from Brasso." More on Brassaï