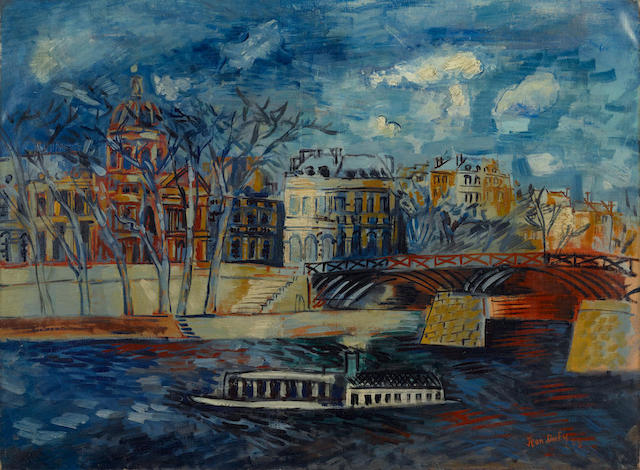 The Pont des Arts or Passerelle des Arts is a pedestrian bridge in Paris which crosses the River Seine. It links the Institut de France and the central square (cour carrée) of the Palais du Louvre, (which had been termed the "Palais des Arts" under the First French Empire).

The bridge has sometimes served as a place for art exhibitions, and is today a "studio en plein air" for painters, artists and photographers who are drawn to its unique point of view. The Pont des Arts is also frequently a spot for picnics during the summer. More on Passerelle des Arts