01 Paintings by the Orientalist Artists in the Nineteenth-Century, with footnotes, 22 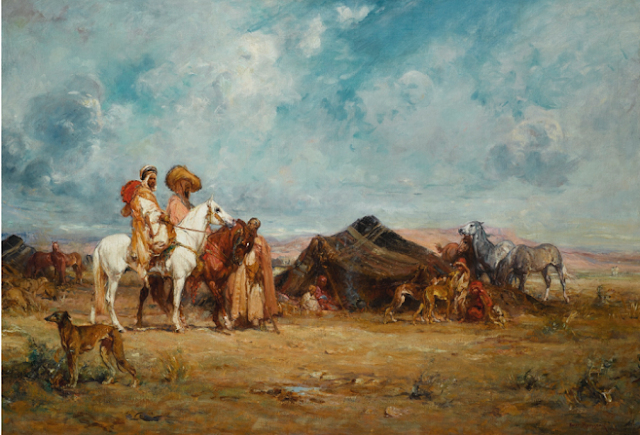 Henri Rousseau Henry, Emilien Rousseau (Cairo 1875 - Aix-en-Provence in 1933) is an Orientalist painter. A pupil of Jean-Léon Gérôme at the Beaux Arts in Paris, he won the second Grand Prix de Rome in 1900 and a travel grant at the Salon of French Artists. He traveled to Belgium, the Netherlands, North Africa, Spain and Italy where he admired the great masters (Rubens, Rembrandt, Velasquez, Murillo, the Titian, Raphael etc ...)

After this initiatory journey, he settled in Versailles and set up his studio at the Villa des Arts in Paris. In 1919 he moved to Aix in Provence with his large family (seven children). Knight of the Legion of Honour in arts. His work  is dedicated to Tunisia, Algeria and especially Morocco, Provence and the Camargue remained its anchor points. His success was with a bourgeois and wealthy clientele, where he sold his work at numerous exhibitions in Paris, Brussels, Stockholm, Marseilles. More Henri Rousseau