01 Painting, Streets of Paris, by the artists of the time, Part 30 - With Footnotes 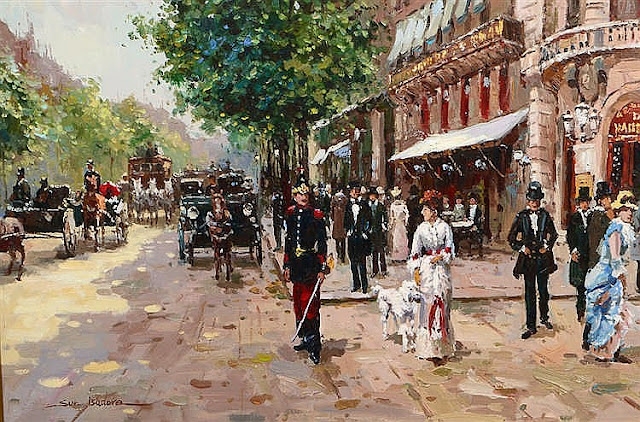 Boulevards of Paris are boulevards which form an important part of the urban landscape of Paris. The boulevards were constructed in several phases by central government initiative as infrastructure improvements, but are very much associated with strolling and leisurely enjoyment in the minds of Parisians.


Parisian boulevards and avenues are usually tree-lined on one or both sides, which is rarely the case for smaller roads. More on Boulevards of Paris


Before World War I the name was also applied to artists involved in the many collaborations and overlapping new art movements, between post-Impressionists and pointillism and Orphism, Fauvism and Cubism. In that period the artistic ferment took place in Montmartre and the well-established art scene there. But Picasso moved away, the war scattered almost everyone, by the 1920s Montparnasse become a center of the avant-garde. After World War II the name was applied to another different group of abstract artists. More on School of Paris