05 Paintings, of The amorous game, Part 4 - With Footnotes 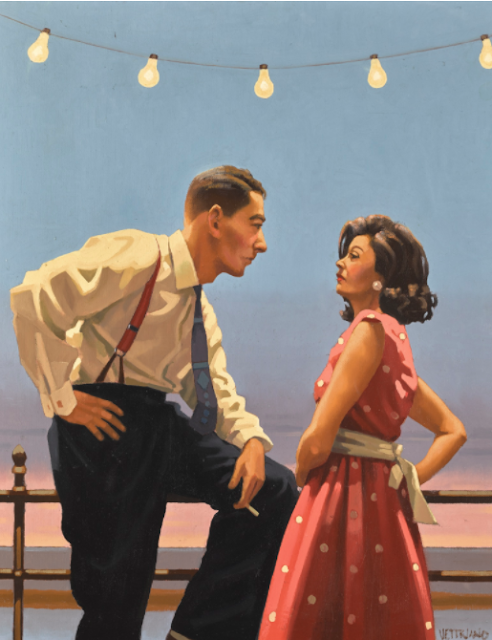 Jack Vettriano grew up in the industrial seaside town of Methil, Fife. He was raised in poverty, and lived with his mother, father and older brother in a spartan miner’s cottage, sharing a bed with his brother and wearing hand-me-down clothes. From the age of 10, his father sent him out to earn money. His father took half his earnings. Vettriano left school at 16.

Much of his art education came from studying paintings at the Kirkcaldy Museum and Art Gallery. Controversial. Professional art critics do not seem to like his work, but the public does.

In February 2011, it was announced that Vettriano's self-portrait The Weight would be displayed at the re-opened Scottish National Portrait Gallery from November 2011, the first time he had exhibited at a national gallery. First Minister, Alex Salmond said of Vettriano, "He is a wonderful artist of considerable talent and achievement and this is a magnificent tribute to the special place he holds in the hearts of people in Scotland."

In September 2013, a major retrospective of Vettriano's work opened at Glasgow's Kelvingrove Art Gallery and Museum. 'Jack Vettriano: A Retrospective' ran until 23 February 2014 and featured over 100 works. More on Jack Vettriano 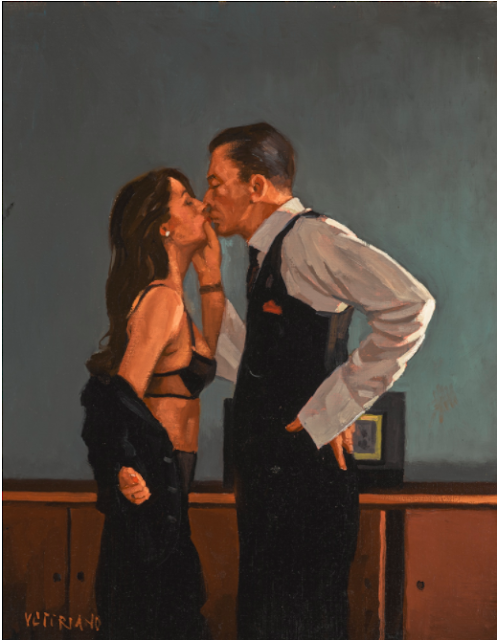 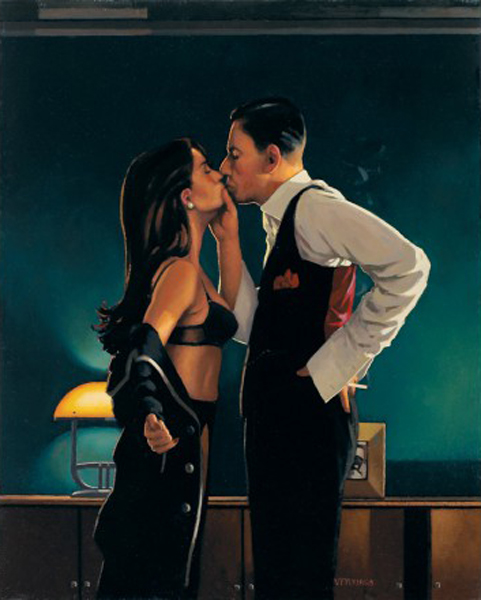 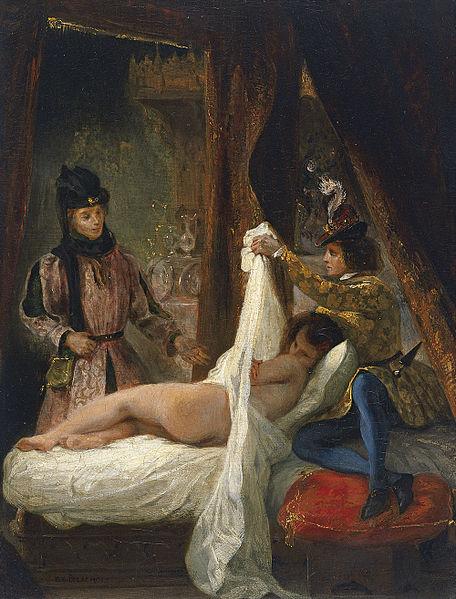 The matter was resolved in 1965 when the poet Louis Aragon discovered the literary source that may have inspired the artist. This is a passage in the Histoire des ducs de Borgogne by Barante, republished in 1824. It describes how the Duke of Orléans displayed the naked body of his lover Mariette d’Enghien, wife of his former chamberlain Aubert le Flamenc, to her husband, concealing her face. Her husband failed to recognize her. More on this painting

Ferdinand Victor Eugène Delacroix (26 April 1798 – 13 August 1863) was a French Romantic artist regarded from the outset of his career as the leader of the French Romantic school.

As a painter and muralist, Delacroix's use of expressive brushstrokes and his study of the optical effects of colour profoundly shaped the work of the Impressionists, while his passion for the exotic inspired the artists of the Symbolist movement. A fine lithographer, Delacroix illustrated various works of William Shakespeare, the Scottish author Walter Scott and the German author Johann Wolfgang von Goethe.

Delacroix took for his inspiration the art of Rubens and painters of the Venetian Renaissance, with an attendant emphasis on colour and movement rather than clarity of outline and carefully modelled form. Dramatic and romantic content characterized the central themes of his maturity, and led him not to the classical models of Greek and Roman art, but to travel in North Africa, in search of the exotic. Friend and spiritual heir to Théodore Géricault, Delacroix was also inspired by Lord Byron, with whom he shared a strong identification with the "forces of the sublime", of nature in often violent action.

However, Delacroix was given to neither sentimentality nor bombast, and his Romanticism was that of an individualist. In the words of Baudelaire, "Delacroix was passionately in love with passion, but coldly determined to express passion as clearly as possible." More on Ferdinand VictorEugène Delacroix 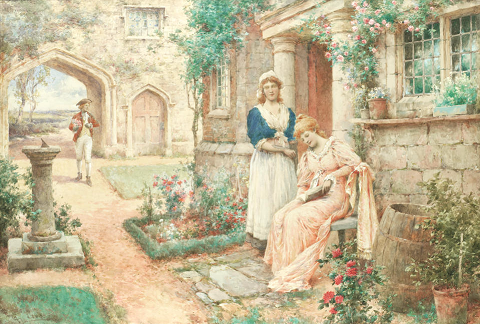 Alfred Glendening Jr. (British, 1861-1907): This Victorian landscape artist was born in London and began his adult life as a railway clerk.  Not much information exists to explain when and where he received his artistic interest and training, but in 1864 he exhibited his first work at The Royal Society of British Artists, Morning on Grassmore Lake.  From that point on, he became a frequent exhibitor at the Society, as well as the Royal Academy (RA).

The English landscape was his specialty – depicting views of the Thames and scenes in Wales and Scotland.  These works often featured small figures by the riverside or swans on the water.  His landscapes are filled with subtle shades of color. More on Alfred Glendening Jr


Images are copyright of their respective owners, assignees or others