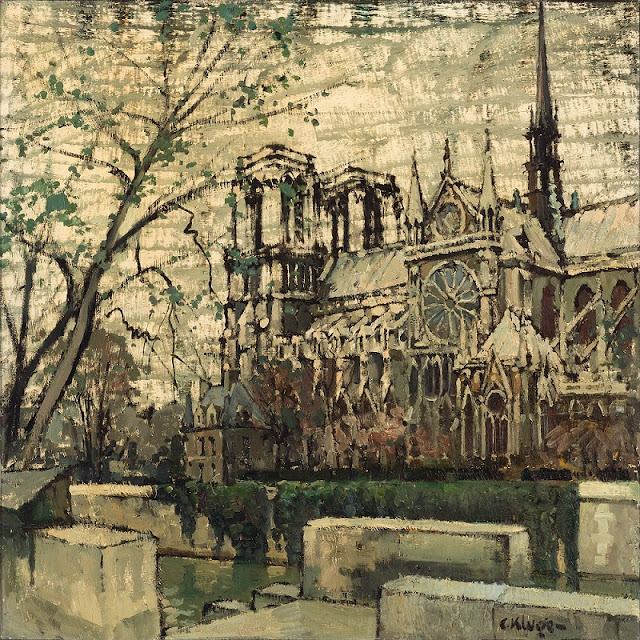 Constantin Kluge (1912–2003) was an award winning painter originally from Russia. Raised mostly in Manchuria and Beijing, Kluge eventually settled in Paris and became a French citizen. He is known for his French landscapes and romantic scenes of Paris.

Kluge was born into a family of means and some status. His paternal grandfather had spent years in France studying the cultivation of vines and wine making. Returning to Russia he developed a successful winery. Kluge's father, also Constantin, was a member of the Russian Army General Staff and a White Army sympathizer. Kluge's mother, Liouba Ignatieva, was an academic who also came from a military family. When his parents met, young Liouba was serving as tutor to the children of Russian Grand Duke Michel, the younger brother of Czar Nicholas II. The family moved often, following Constantin Sr.'s deployments with the counter rebellion armies. Each move seemed to take the family further and further east as the revolution spread and the White Sympathizers controlled a decreasing part of the country.

Kluge settled in Paris in 1950 and soon thereafter found representation in a French gallery on Rue Saint-Honore. In 1964 he became a citizen of France. He died on 9 January 2003 in France. More on Constantin Kluge 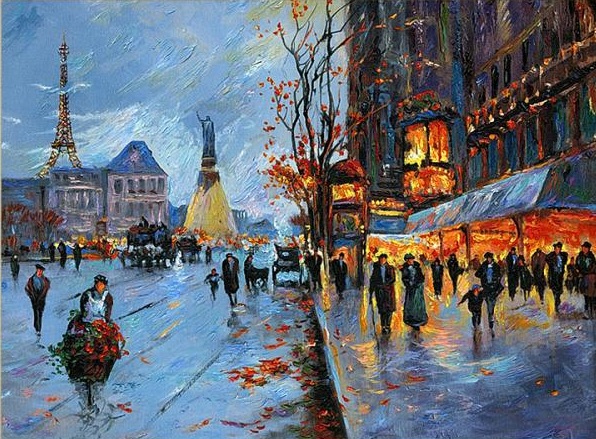 Schofield was born in 1947.  His art teacher at Oakland High School recognized that Michael had an exceptional talent, and for nearly two years he tutored the youth privately. After a stint in the military, Schofield went to art school in Nashville, Tennessee. During the summers he would journey to Woodstock, New York, in order to study with watercolorist John Pike, an esteemed member of the National Academy of Art and the American Watercolor Society.

Schofield soon opened his own art studio, where he painted and taught for more than a decade. He returned to California in 1980 to set up a silk-screen printing studio in order to be able to create his own original serigraphs. He wanted to be involved in every step of the intricate and exacting process of serigraph, from fabricating the stencils to adding the final finishing touches of color.

Schofield believes that the primary aspiration of art is to communicate a shared perception, from the artist to the viewer of his art: "I choose to create more traditional landscapes because they involved imagery most people can relate to. In sharing a place I have known, I know that others will see places they have known. In that way, I can communicate with others without using a single word." More on Michael Schofield 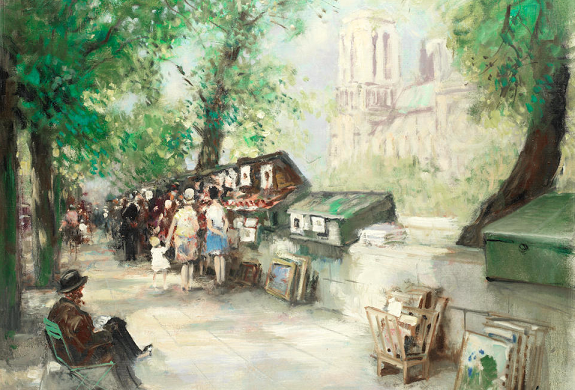 The Quai de Montebello is located on the Left Bank of the Seine, in the 5th arrondissement, between the Petit Pont and the Pont de l’Archevêché. A great place for a walk in the capital, it offers an unrestricted view of Notre-Dame Cathedral (above). There are a number of restaurants along the quayside closest to the Latin Quarter. Every year in mid-September, travelling markets from the South-West set up here for 3 days of musical and gastronomical celebrations. More on The Quai de Montebello

Jules René Hervé (French, 1887-1981), an impressionist of our time, is the very type of artist who has worked a lot on his own, indifferent to the fashion and to outside trends. He has never ceased to deepen the technical secrets of his art; and after 50 years of artistic experience, he has arrived at complete mastery of the science of this art which absorbs him.

Born in 1887 in Langres, he began his art studies in an evening school of his hometown.  He came to Paris where he first continued his studies at the School of Decorative Arts and then at the Fine Arts School.

He exhibited his works for the first time at the Salon of French Artists in 1910. He was one of the most important members of this group. Obtaining his teaching diploma, he started teaching. From 1911 to 1943 he taught painting to many generations of young artists. In 1914 he received a first silver medal from the association of French Artists, but afterwards he unfortunately had to join the army for the duration of the war.

J.R. Herve is both a painter of daily country themes in which there are characters at their daily tasks, and a painter of Parisian scenes. Paris as seen by Herve is a city of poetry. The "City of Lights" under its most touching aspects, and at its most charming. It is a real part of Paris, with its sentimental life, feelings, her special character, that inspire Herve to paint. More on Jules René Hervé 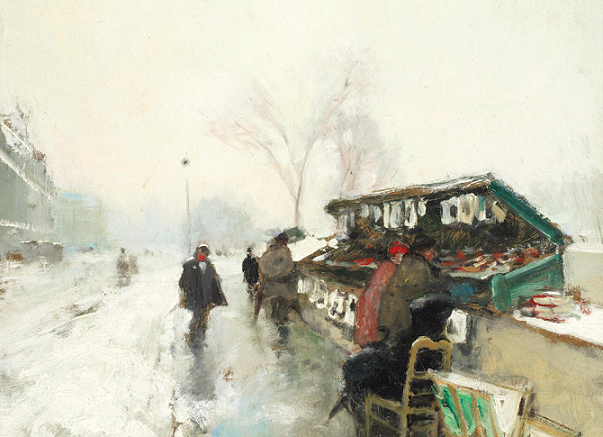 The Bouquinistes of Paris, France, are booksellers of used and antiquarian books who ply their trade along large sections of the banks of the Seine: on the right bank from the Pont Marie to the Quai du Louvre, and on the left bank from the Quai de la Tournelle to Quai Voltaire. The Seine is thus described as 'the only river in the world that runs between two bookshelves'. More The Bouquinistes