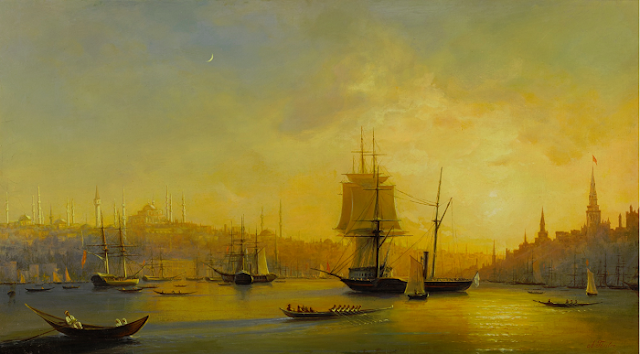 Fessler Adolf Ivanovich, 1826 - 1885 was born in Bohemia, but began studying in Feodosia Aivazovsky. After graduating from the Moscow School of Painting and Sculpture never returned to the city. Fessler became famous as a copyist of works by Aivazovsky, and also of his works.

In 1859 he painted two paintings; Coastal species of Simeiz, on the other - Sudak. This unusually humble artist had mastered techniques of painting. His seascapes of Yalta were amazing! Faessler talent was now appreciated, and in 1860 he was decorated by Aivazovsky Great Livadia Palace. More Fessler Adolf Ivanovich 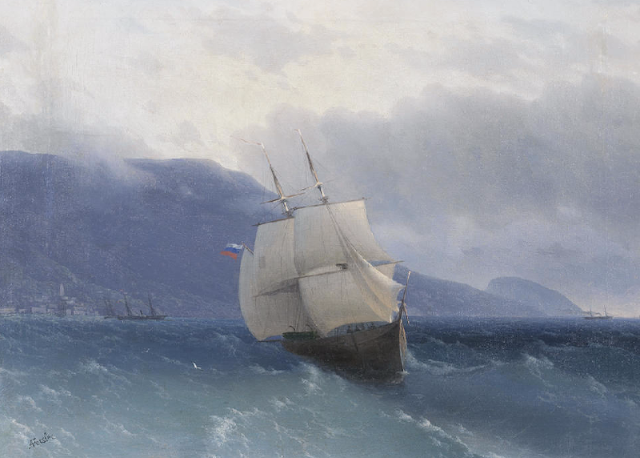 Yalta is a resort city on the south coast of the Crimean Peninsula surrounded by the Black Sea.

The existence of Yalta was first recorded in the 12th century by an Arab geographer, who described it as a Byzantine port and fishing settlement. It became part of a network of Genoese trading colonies on the Crimean coast in the 14th century. Crimea was captured by the Ottoman Empire in 1475. Yalta was then annexed by the Russian Empire in 1783.

In the 19th century, the town became a fashionable resort for the Russian aristocracy and gentry. More Yalta 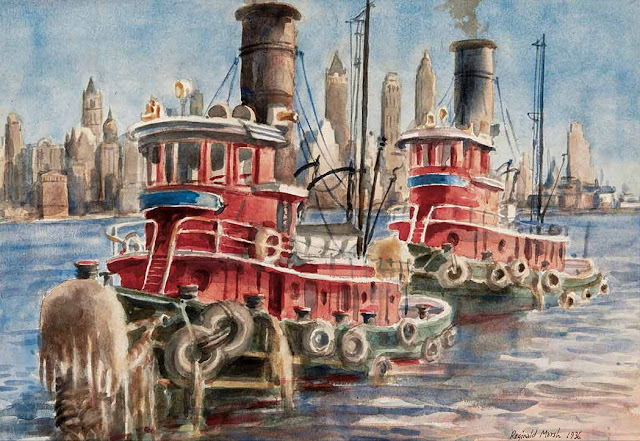 
Reginald Marsh (March 14, 1898 – July 3, 1954) was an American painter, born in Paris, most notable for his depictions of life in New York City in the 1920s and 1930s. Crowded Coney Island beach scenes, popular entertainments such as vaudeville and burlesque, women, and jobless men on the Bowery are subjects that reappear throughout his work. He painted in egg tempera and in oils, and produced many watercolors, ink and ink wash drawings, and prints. More Reginald Marsh 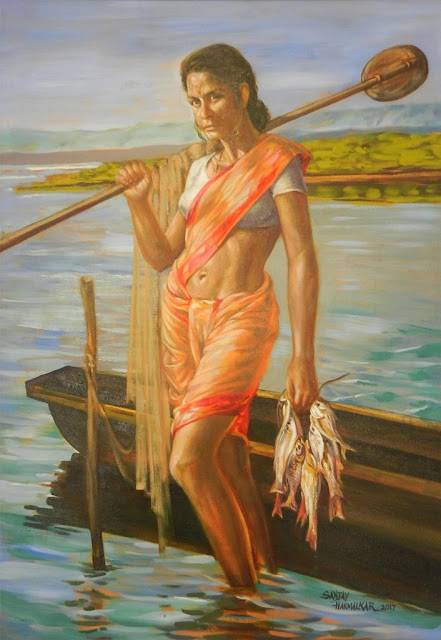 Sanjay Harmalkar is synonymous with portrait paintings; many of his works adorn the walls of noted institutes and organisations.

Realistic paintings are very rare to find but Sanjay Harmalkar has been painting realistically for over three decades with dedicated zeal and immense passion. He paints with a dash of cinematic approach and includes strokes exuding popular appeal. Academically inclined, Sanjay is a method artist.

Each of Sanjay’s paintings is given life with the near perfect physical resemblance to the subjects and the refined luminous hues he uses add to the life-like quality. More Sanjay Harmalkar 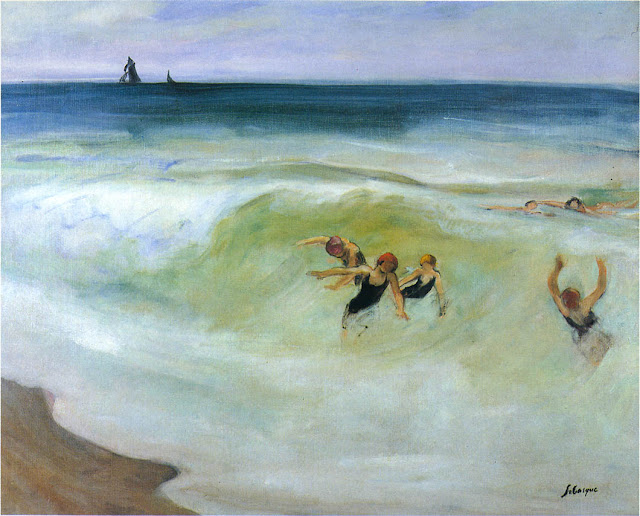 Henri Lebasque (25 September 1865 – 7 August 1937) was a French post-impressionist painter. He was born at Champigné (Maine-et-Loire). He started his education at the École régionale des beaux-arts d'Angers, and moved to Paris in 1886. Around this time, Lebasque met Camille Pissarro and Auguste Renoir, who later would have a large impact on his work.

Lebasque's vision was coloured by his contact with younger painters, especially Édouard Vuillard and Pierre Bonnard, founders of the Nabis' Group. From his first acquaintance with Georges Seurat and Paul Signac, Lebasque learnt the significance of a colour theory which stressed the use of complementary colours in shading. 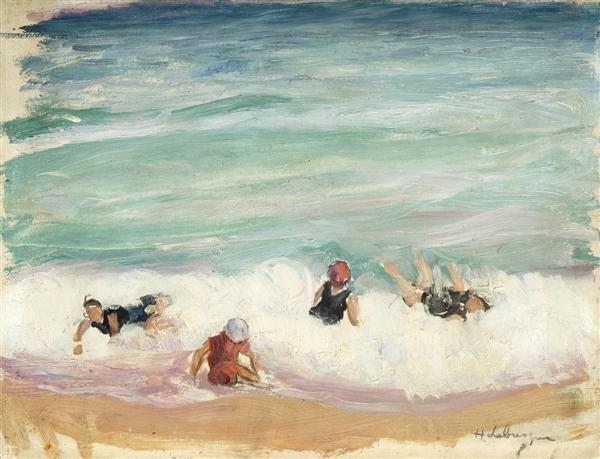 Lebasque was a founding member of the Salon d'Automne in 1903, with his friend Henri Matisse, and exhibited at the Salon des Indépendants. Two years later, a group of artists exhibited there including Georges Rouault, André Derain, Henri Ottmann, Édouard Vuillard, and Matisse.

His time in South of France would lead to a radical transformation in Lebasque’s paintings, changing his colour palette forever. Other travels included the Vendée, Normandy, and Brittany. More Henri Lebasque 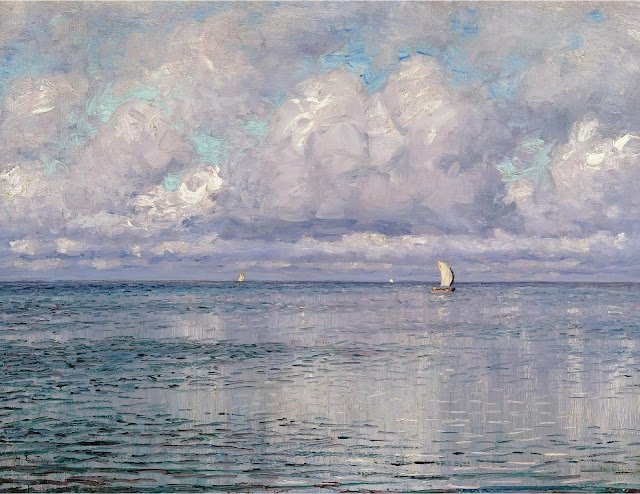 Nikolay Nikanorovich Dubovskoy (17 December 1859 — 28 February 1918) was a Russian landscape painter, associated with the Peredvizhniki. Together with Isaac Levitan, he helped create what came to be known as the "Landscape of Mood". He displayed artistic talent at an early age. His uncle, a local artist, taught him how to draw from memory.

In 1877 he began auditing classes at the Imperial Academy of Arts. Upon graduating in 1881, he was apparently displeased with his instruction at the Academy and refused to participate in the customary competition for a gold medal. He chose to exhibit at the Imperial Society for the Encouragement of the Arts instead, winning several medals and achieving his first public recognition. In 1884 his painting, "Winter" was acquired by the Tretyakov Gallery. Following that, he began to exhibit regularly with the Peredvizhniki (a group of Russian realist artists) and became a member in 1886. 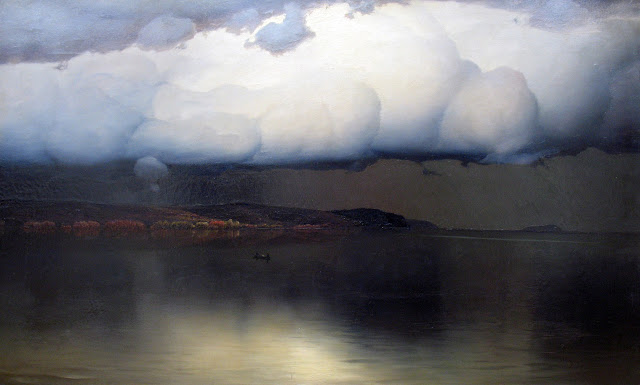 The year 1888 found him touring the Black Sea coast in Georgia. In 1890, his painting "Hushing" was purchased by Tsar Alexander III for his collection at the Winter Palace.

In 1898, he became one of the leaders of the Peredvizhniki. During this period, he was increasingly influenced by French Impressionism. Later in 1898 he was named an "Academician" by the Imperial Academy and became a full member in 1900.

He began teaching there in 1908 and became head of the landscape painting workshop. In 1915, he became a member of the Academy's governing council. In 1918, he died of heart failure. During the Soviet era, except for one exhibition in 1938, he was largely forgotten. More Nikolay Nikanorovich Dubovskoy 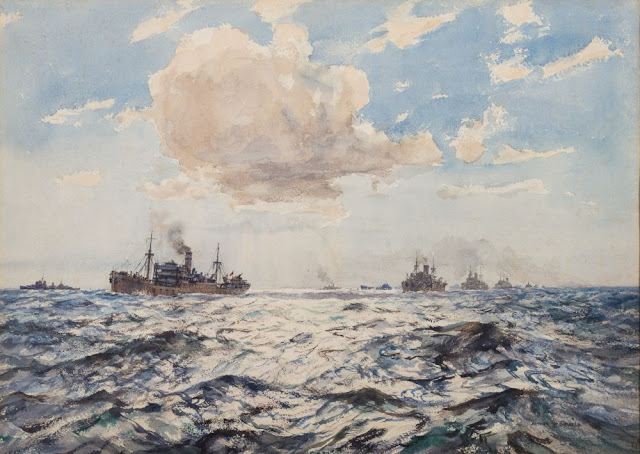 Arthur James Wetherall Burgess (1879-1957) Australia. Born in New South Wales, Burgess studied in Australia and England. Best known as a historical marine painter, Burgess exhibited widely in Europe and Australia. In 1913 he was commissioned to paint the Australian Fleet entering Sydney Harbour for the Art Gallery of New South Wales, where his work is now represented. He died in 1957. More Arthur James Wetherall Burgess 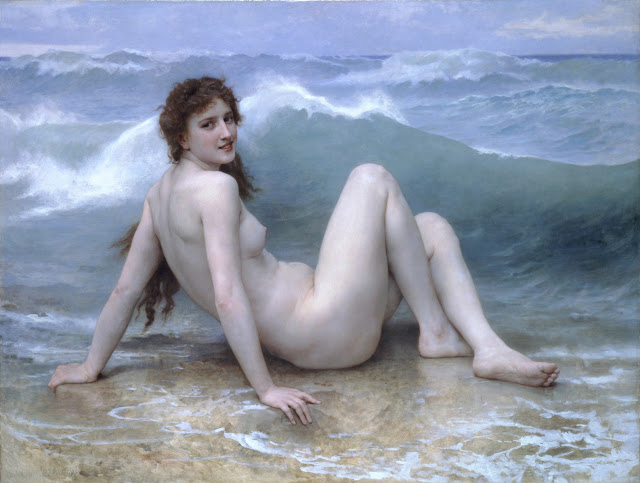 William-Adolphe Bouguereau (November 30, 1825 – August 19, 1905) was a French academic painter and traditionalist. In his realistic genre paintings he used mythological themes, making modern interpretations of classical subjects, with an emphasis on the female human body. During his life he enjoyed significant popularity in France and the United States, was given numerous official honors, and received top prices for his work. As the quintessential salon painter of his generation, he was reviled by the Impressionist avant-garde. By the early twentieth century, Bouguereau and his art fell out of favor with the public, due in part to changing tastes. In the 1980s, a revival of interest in figure painting led to a rediscovery of Bouguereau and his work. Throughout the course of his life, Bouguereau executed 822 known finished paintings, although the whereabouts of many are still unknown. More William-Adolphe Bouguereau

Acknowledgement: Sotheby's, and others

If you enjoyed this post, please share with friends and family.
Posted by Henry Zaidan at 4:28 PM