01 Painting, Streets of Paris, by the artists of the time, Part 39 - With Footnotes 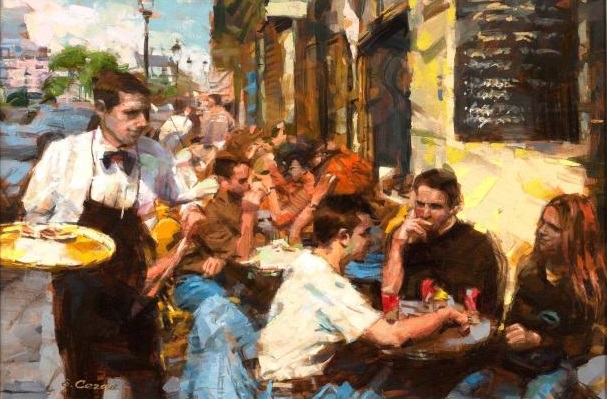 Eugene Segal was influenced by the works of artists such as Rembrandt, Velasces, Van Deik, France Hals and fellow countrymen Vrubel and Serov. Segal paints with a pallet knife, directly on canvas. Born in 1967 Russia, Segal made the decision to become an artist at the early age of five, and never wavered from his dream.

Segal enrolled in Kharkov Art College, and graduated in 1986. He then served in the army. He painted portraits of generals and large-scale paintings of Soviet tanks. Immediately after being honorably discharged in 1990, Segal began showing at group exhibitions. The artist quickly received invitations from various galleries to do one-man shows. He received critical acclaim for his work, and was honored with one-man exhibitions in Ukraine’s capital Kiev, and in Moscow, Russia.


Segal’s works have become increasingly popular, and he was included in the book “Important Ukrainian Painters of XX-XXI centuries” published in 2004 by the Ukrainian National Academy of Art& Science, curated by Academician B.V. Grinev. Today, Segal resides in his hometown of Kharkov, Ukraine with his wife, Ylia.  More on Eugene Segal


Please visit my other blogs: Art Collector, Mythology, Marine Art, Portrait of a Lady, The Orientalist, and The Canals of Venice, And visit my Boards on Pinterest