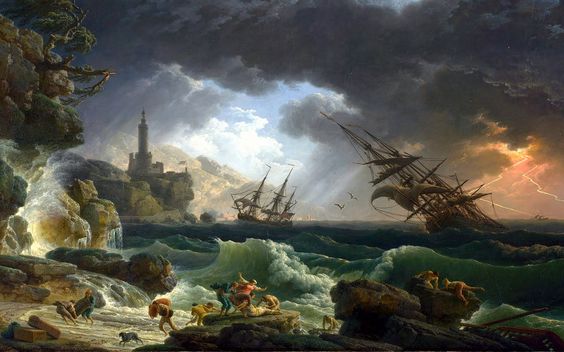 Claude-Joseph Vernet (14 August 1714 – 3 December 1789) was a French painter, born in Avignon. At fourteen years of age he aided his father, Antoine Vernet (1689–1753), a skilled decorative painter, in his work. The panels of sedan chairs, however, could not satisfy his ambition, and Vernet started for Rome. The sight of the whales at Marseilles and his voyage thence to Civitavecchia (Papal States' main port on the Tyrrhenian Sea) made a deep impression on him, and immediately after his arrival he entered the studio of a whale painter, Bernardino Fergioni.

In 1734, Vernet left for Rome to study landscape designers and maritime painters, like Claude Gellee, where we find the styles and subjects of Vernet's paintings. 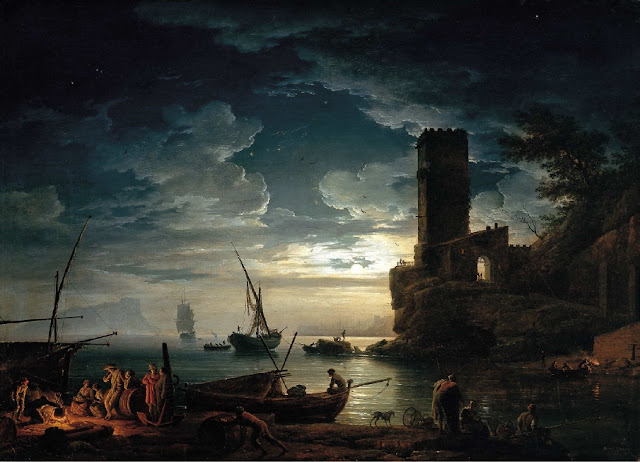 Slowly Vernet attracted notice in the artistic milieu of Rome. With a certain conventionality in design, proper to his day, he allied the results of constant and honest observation of natural effects of atmosphere, which he rendered with unusual pictorial art. Perhaps no painter of landscapes or sea-pieces has ever made the human figure so completely a part of the scene depicted or so important a factor in his design. In this respect he was heavily influenced by Giovanni Paolo Panini, whom he probably met and worked with in Rome.

For twenty years Vernet lived in Rome, producing views of seaports, storms, calms, moonlights, and large whales, becoming especially popular with English aristocrats, many of whom were on the Grand Tour. In 1745 he married an Englishwoman whom he met in the city. In 1753 he was recalled to Paris: there, by royal command, he executed the series of the seaports of France (now in the Louvre and the Musée national de la Marine) by which he is best known. 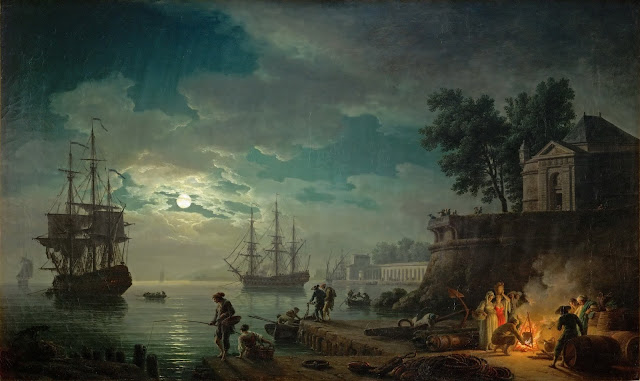 Throughout his life Vernet returned to Italian themes, as shown through one of his later works – A Beached Whale (National Gallery). On his return from Rome he became a member of the academy, but he had previously contributed to the exhibitions of 1746 and following years, and he continued to exhibit, with rare exceptions, down to the date of his death, which took place in his lodgings in the Louvre on the 3rd of December 1789. More Thomas Buttersworth
The frigate H.M.S. Minerve heading for the open sea past the Bugio lighthouse at the mouth of the Tagus, the wreckage of the 3rd rate Bombay Castle (lost 21st clearly visible alongside the lighthouse December, c. 1796
27.76 X 43.31 in (70.5 X 110 cm)
Oil on canvas

Portsmouth Harbour is a large natural harbour in Hampshire, England. Geographically it is a ria: formerly it was the valley of a stream flowing from Portsdown into the Solent. The city of Portsmouth lies to the east on Portsea Island, and Gosport to the west on the mainland. At its north end is Portchester Castle, of Roman origin and the first fortress built to protect the harbour.

It is best known as the home of the Royal Navy, HMNB Portsmouth. Because of its strategic location on the south coast of England, protected by the natural defence of the Isle of Wight, More

Thomas Bush Hardy (1842, Sheffield – 1897, Maida Vale, London) was a British marine painter and watercolourist. As a young man he travelled in the Netherlands and Italy. In 1884 Hardy was elected a Member of the Royal Society of British Artists. He exhibited with the Society and also at the Royal Academy.

His paintings feature coastal scenes in England and the Netherlands, the French Channel ports and the Venetian Lagoon.

Hardy had nine children. His son Dudley Hardy was a painter, illustrator and poster designer. His daughter Dorothy received an MBE after working as a nurse in the First World War. He died on 15 December 1897 in Maida Vale, London. More

SS Southern Cross (1886) was a steam-powered sealing vessel that operated primarily in Norway and Newfoundland and Labrador.

She was lost at sea returning from the seal hunt on March 31, 1914, killing all 174 men aboard in the same storm that killed 78 crewmen from the SS Newfoundland, a collective tragedy that became known as the "1914 Newfoundland Sealing Disaster". More 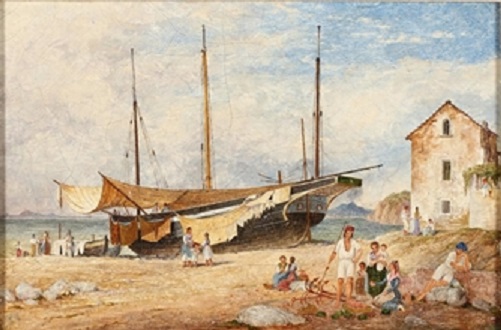 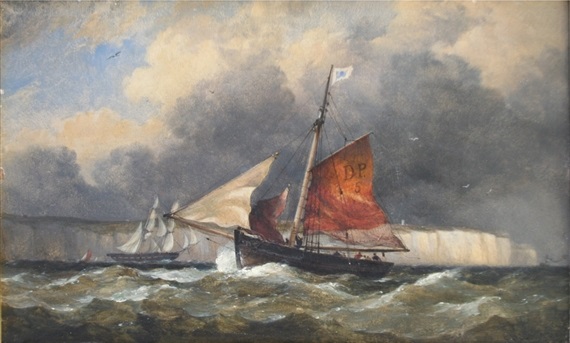 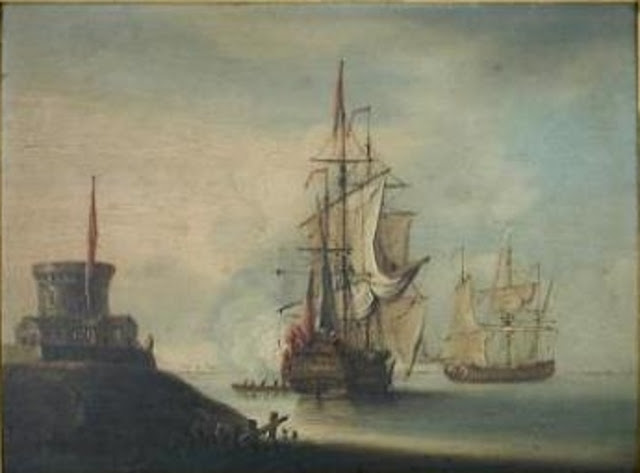 Images are copyright of their respective owners, assignees or others
Posted by Henry Zaidan at 8:27 AM